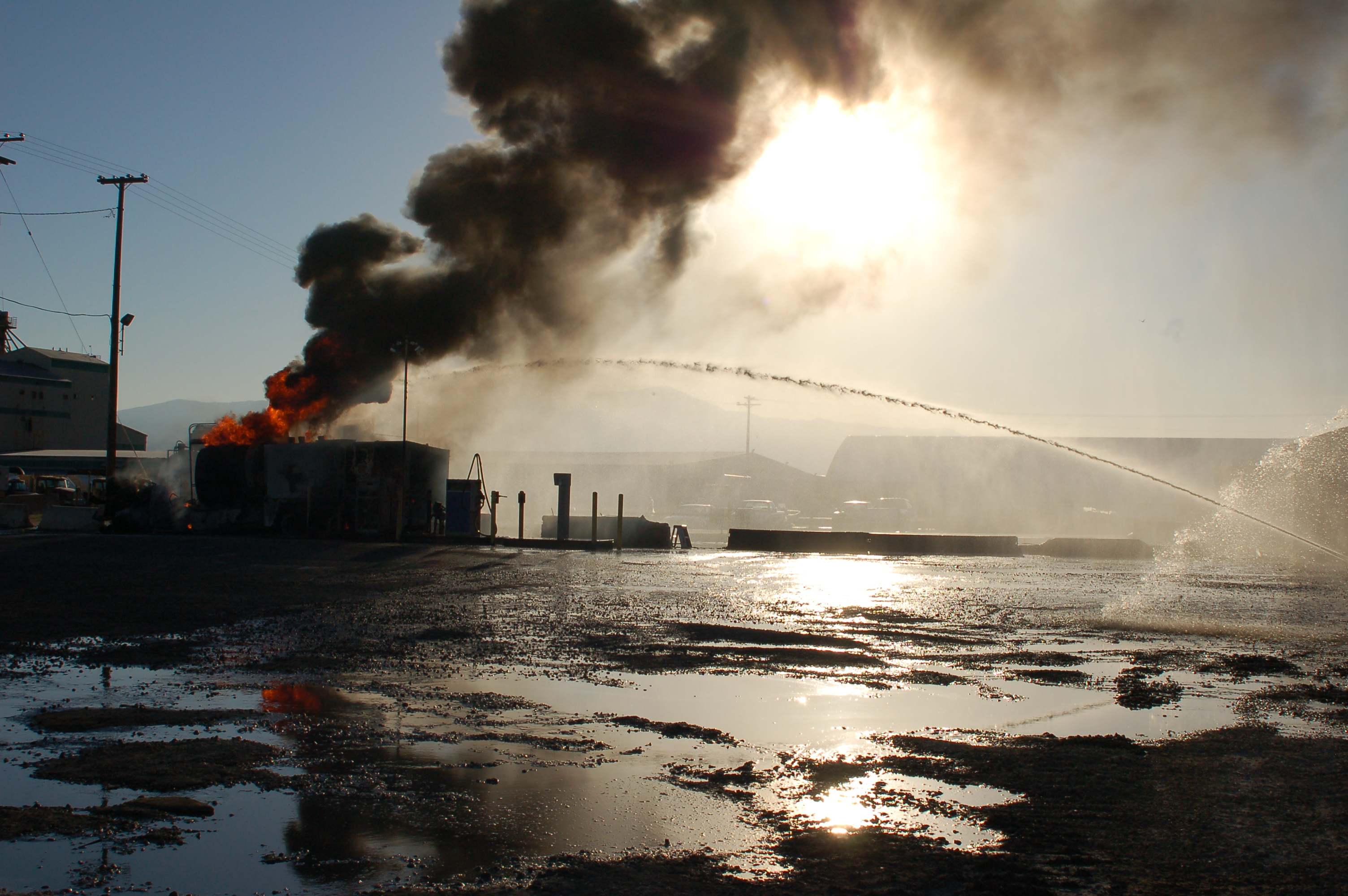 OGDEN, Utah –The Great Salt Lake Minerals facility in Ogden was evacuated after a fuel truck carrying about 1,200 gallons of diesel fuel caught fire early Saturday morning, according to officials.

At approximately 6:35 a.m. dispatch received a report of a dumpster fire threatening a building. It was quickly clarified that a vehicle fire was threatening a structure, according to Brandon Thueson, fire marshal for the Weber Fire District.

The fuel truck was filling its tanks at the GSL’s fixed tank site, which has three additional fuel tanks – one filled with gasoline and two filled with diesel.

The vehicle fire was about 15 feet away from the tanks.

“It was a scary situation for a while,” Thueson said. “We kept the tanks cool and let the fire burn itself off.”

Thueson said crews were able to put out the fire. There was no damage to surrounding structures and there were no injuries.