SALT LAKE CITY – A woman suffered critical injuries after the vehicle she was driving damaged three cars before rolling over on a Salt Lake City street Sunday morning.

The accident occurred around 10 a.m. near the intersection of 300 South and 500 East when the driver of an eastbound Subaru lost control.

The woman was taken to a local hospital by ambulance in critical condition after the crash. Officials said she was wearing a seat belt. There were no other injuries reported.

Lt. Mike Ross of the Salt Lake City Police Department spoke about the crash and the damage to the vehicles involved, which are pictured in the gallery below.

“She lost control of her vehicle, striking three parked cars,” he said. “As you can see behind me, it caused her van to flip on its side…a very violent impact on the end of that scene. You can see the third car, which caused her to flip over.”

Caleb Cannon was nearby when the car rolled.

Ross said the accident is under investigation and the exact cause is unclear, “but obviously she must have been going at a pretty good speed to hit three cars and roll the vehicle.”

Crash investigators have been examining the scene to determine what caused the woman to lose control. 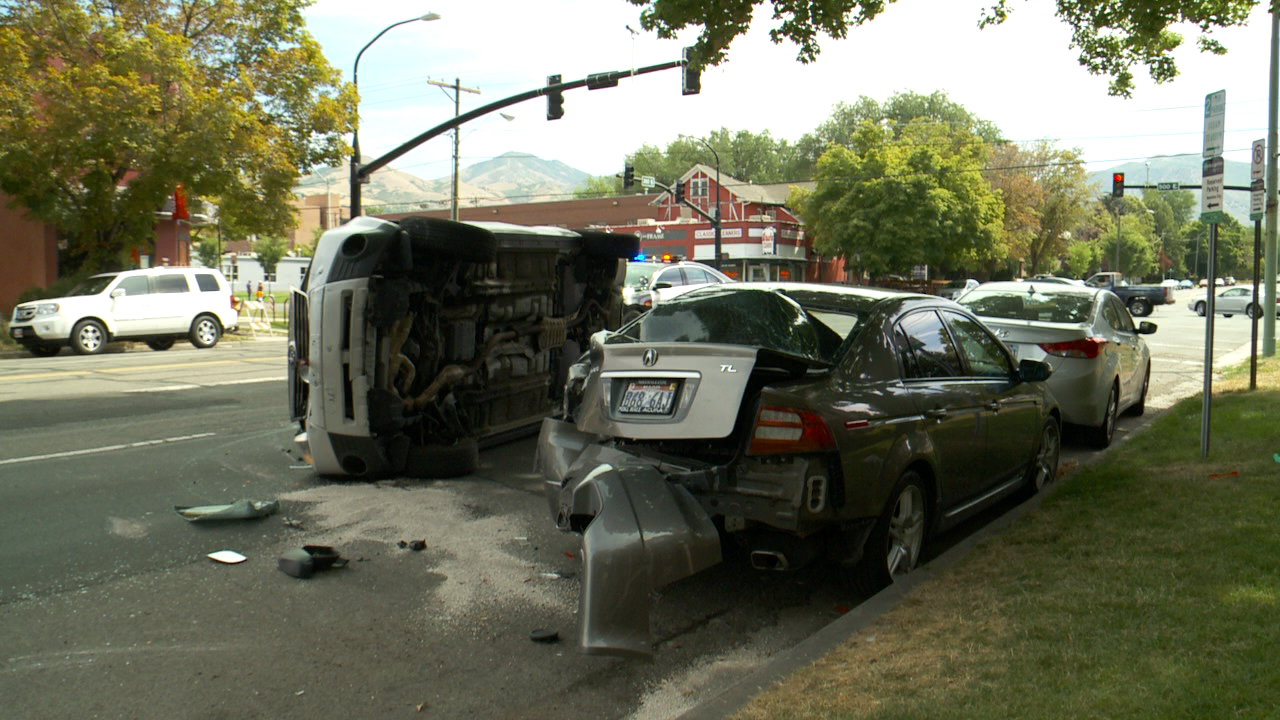