Crash involving semitrailer, motor home and several other vehicles backs up traffic on I-15

MIDVALE, Utah – The south interchange from I-215 eastbound to I-15 northbound was blocked temporarily and traffic was backed up after a crash involving a motor home, a semitrailer, two SUVS and several other vehicles Sunday.

Utah Department of Transportation cameras at the scene show the aftermath of the crash; and the semitrailer on its side was blocking the interchange for several hours. The scene was cleared sometime after 8 p.m.

Officials on scene tell FOX 13 News a truck was pulling a trailer when the trailer became unhooked from the truck. Vehicles attempted to brake when they saw the trailer, and the trailer also bounced off of a barrier before striking a vehicle.

Utah Highway Patrol troopers on scene said the semitrailer that ended up on its side rear-ended an SUV that braked due to the trailer. Another SUV was also caught up in the crash, as was a parked vehicle in the area police said was abandoned. A motor home also became entangled in the crash, and officials said a southbound car was struck by debris from the crash in the northbound lanes.

Officials said there were no serious injuries associated with the crash. They said the accident is under investigation. 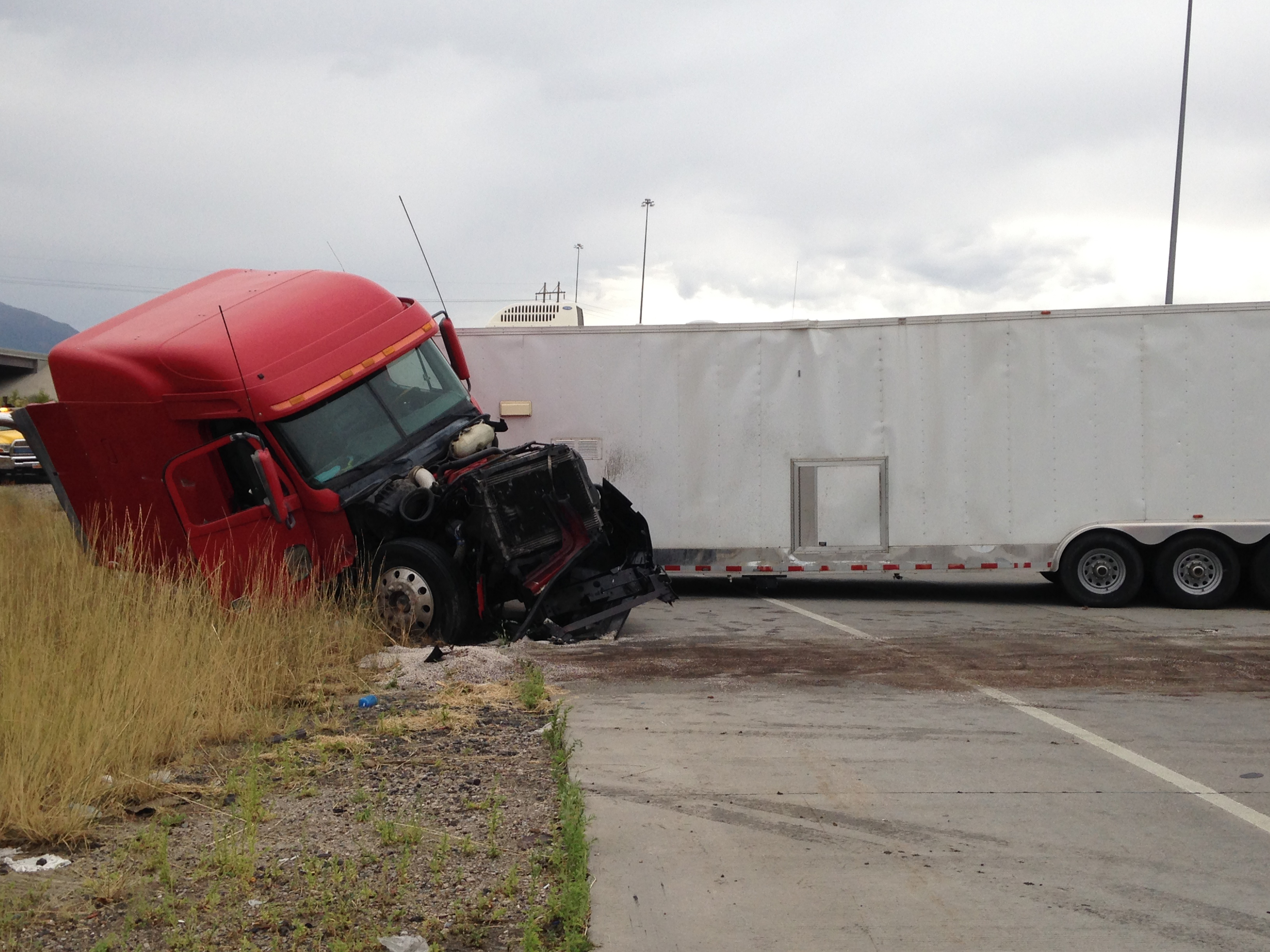