Rain scrubs run at land speed record, but racer ‘not giving up’

By Ann O’Neill and Brandon Ancil

BONNEVILLE SALT FLATS, Utah (CNN) — Nobody ever said clinching a land speed record would be easy. Danny Thompson knew that when he started going for the spot in racing history’s record book that had always eluded his father, Mickey, the famous Speed King.

Danny was ready for Speed Week at the Bonneville Salt Flats in Utah. He’d taken his streamliner, Challenger 2, up to 317 mph at trials. He’d added some engine power and now he was restless, itching for his turn at the starting line.

Speed Week was to be the first of several testing grounds as Thompson pushed his little metal “cigar on wheels” past 400 mph, past 450 mph, maybe even past 500 mph. He knows she’s fast. He just doesn’t know how fast yet.

And then it started to rain. And rain. And rain some more. On Saturday, racing officials announced that the 2014 Speed Week — the 100th at Bonneville — was canceled. The salt is riddled with puddles and just too soggy for racing.

The letters CANCELLED appeared in big capital letters on the Southern California Timing Association’s website, along with this advisory: “The SCTA Board is currently on the salt, and has determined that the standing water will not dry in time for us to hold our annual Speed Week event.”

For Danny Thompson, who is 64, it was 1968 all over again. That was the year his dad was going to snag the record until the rains turned the salt flats into a lake. He was 9, and had been left behind in California with his grandparents.

“It’s déjà vu,” he told CNN, which has followed his journey to Bonneville. “It’ll dry out. We’re not giving up. It’s just a little hitch in the giddy-up.”

Danny was just a baby when his dad, Mickey Thompson, became the first American to go faster than 400 mph at Bonneville. That was in 1960, when Mickey clocked 406.6. But to enter the official record books, a driver has to make the return trip along the 7-mile course within an hour, and the average of the two speeds is taken. Mickey’s Challenger 1 broke down on the return trip.

Mickey’s second car, which he called the Autolite Special or “flying needle,” clocked 411 mph during a test run in 1968. Mickey knew this car was fast: “On the right course, in the right conditions, I’m certain my car will run 500 mph,” he told Auto Racing magazine at the time. “I look forward to driving it at 500.”

But the flying needle never ran at Bonneville. The rain saw to that, and the streamliner went into storage that November. Sponsors moved on to other projects and it was all but forgotten.

Two decades later, Mickey approached his son about going for the speed record at Bonneville. Mickey was pushing 60 by then, and Danny was in his 30s. But Mickey, who had been fighting in court with a former business partner, was gunned down in his driveway just weeks later.

For a while, it seemed as if the dream died with him. But about four years ago, Danny decided to go for it. He cashed in everything he owned, sold off a couple of Mickey’s old cars, and started work on Challenger 2 in a garage in Huntington Beach, California. This was going to be his year. Still could be, if it ever stops raining.

“It cost us 20 grand to come up,” he said, disappointed that he didn’t get to run the Challenger, but far from discouraged. “We’ll just have to find more money and come back up here.”

The SCTA board is talking about extending its next event, World Finals, from September 30 to October 3 to make up for lost time during Speed Week.

Thompson is philosophical, pointing out that it took the current land-speed record holder, George Poteet, 10 years to get there in his Speed Demon. Even then, the needle has hasn’t moved very far in half a century — from Mickey’s 406.6 to Poteet’s 439 mph.

“Any study of the history of land speed racing reveals it is an endeavor fraught with difficulties and frustrating disappointment,” a friend posted on Danny Thompson’s Facebook page on Friday night.

He continued, “It certainly won’t be easy, and there may be real moments of drama. But I, like a whole lot of people, believe in Danny and his dream. And it’s become our dream, too. When you shake his hand, you can know you’re not wasting your time. He is a true champion … Now go get what you came for.” 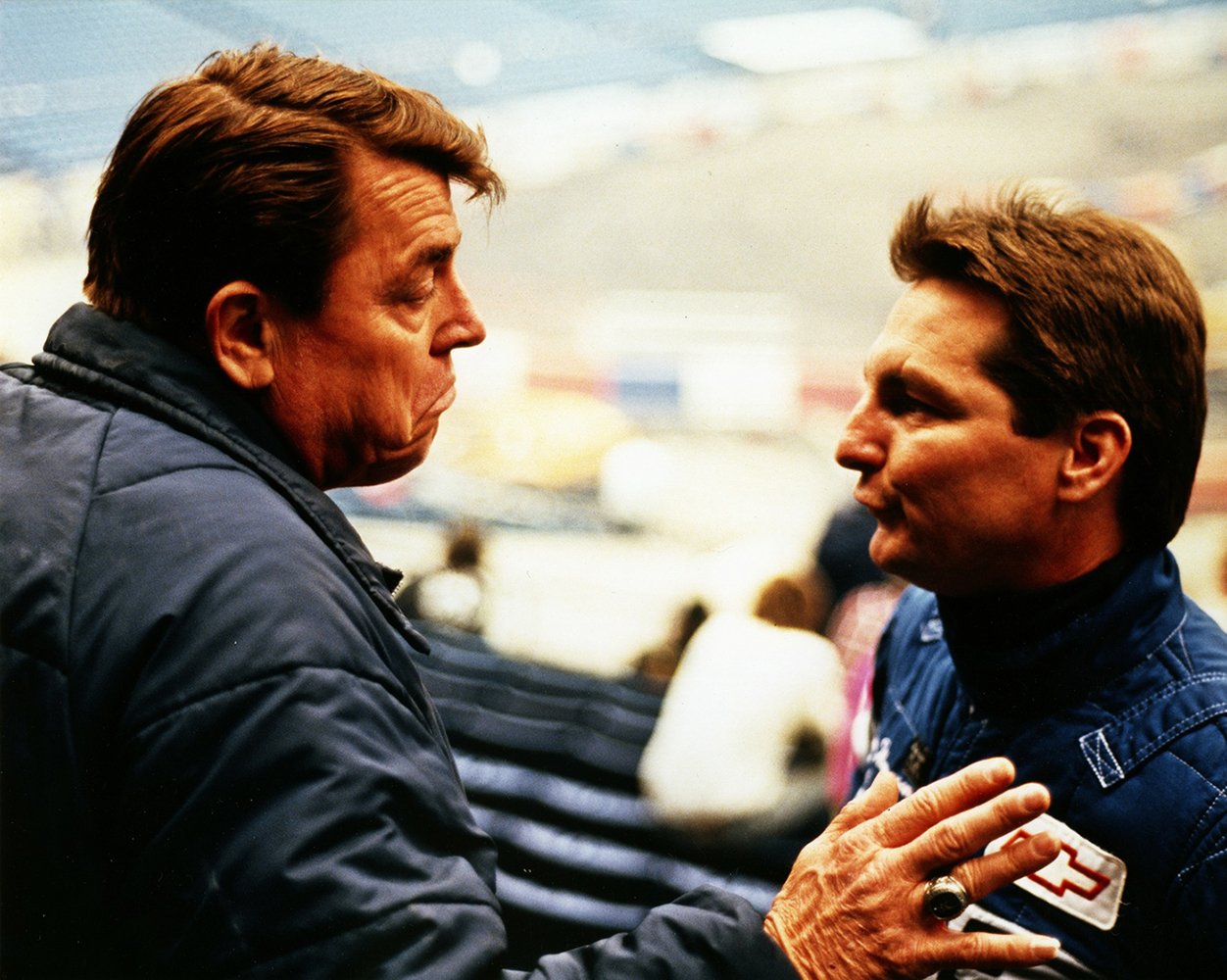