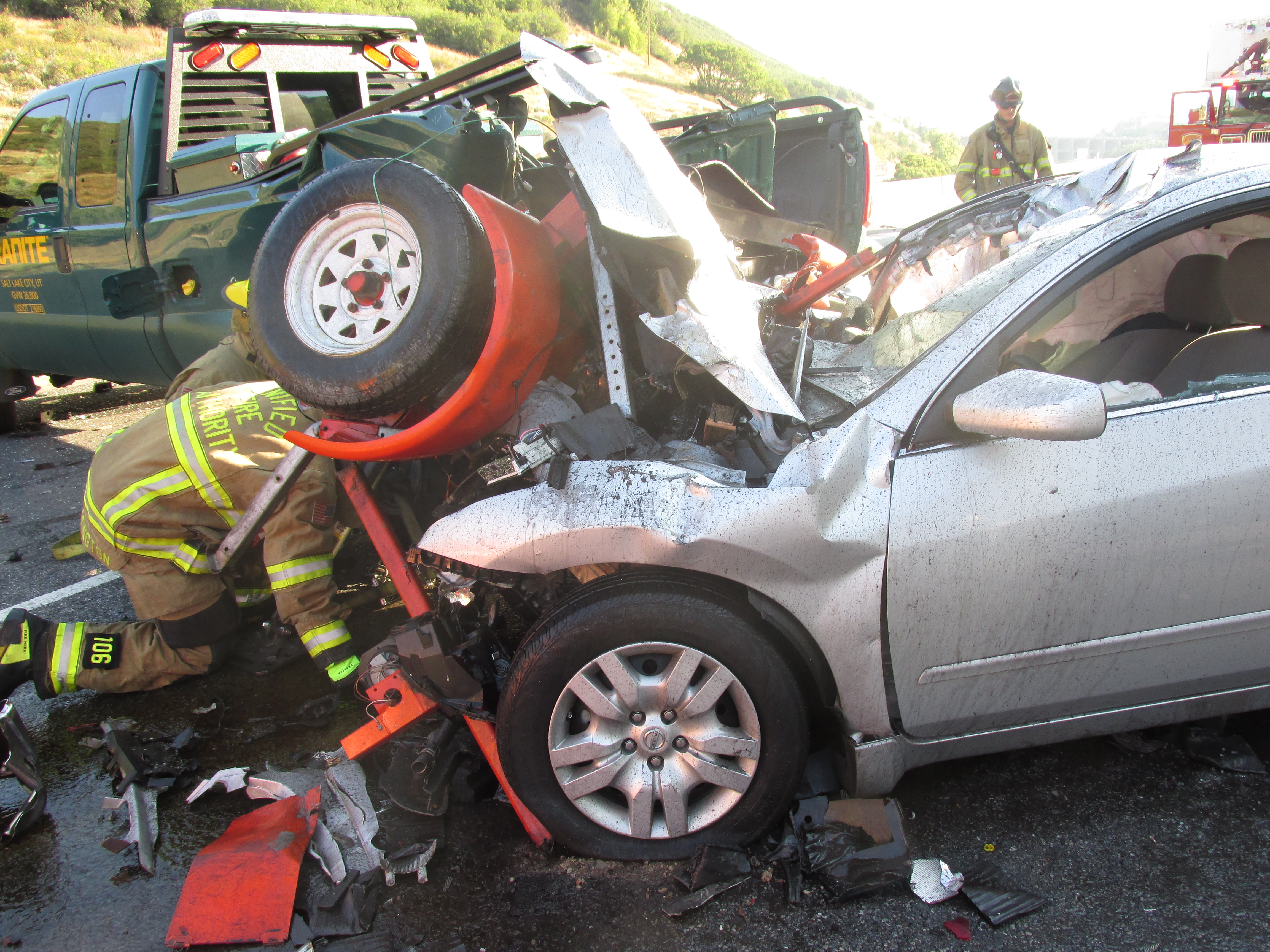 PARLEY’S CANYON, Utah — A man is dead after the vehicle he was driving crashed into a pickup truck and trailer on Interstate 80 Sunday morning, according to Utah Highway Patrol.

At approximately 7:50 a.m., the man driving a Nissan was traveling west on I-80 at excessive speeds, according to UHP. Near the East Canyon exit the driver left the roadway and struck the back of Ford pickup truck and small trailer that was pulled off onto the shoulder.

The truck was not occupied at the time.

According to UHP the driver of the Nissan was not wearing a seatbelt. Evidence indicates drugs and alcohol may have been involved.

The freeway was closed to one lane for approximately three hours while crews cleared the scene.

Officials are still working on identifying the victim.