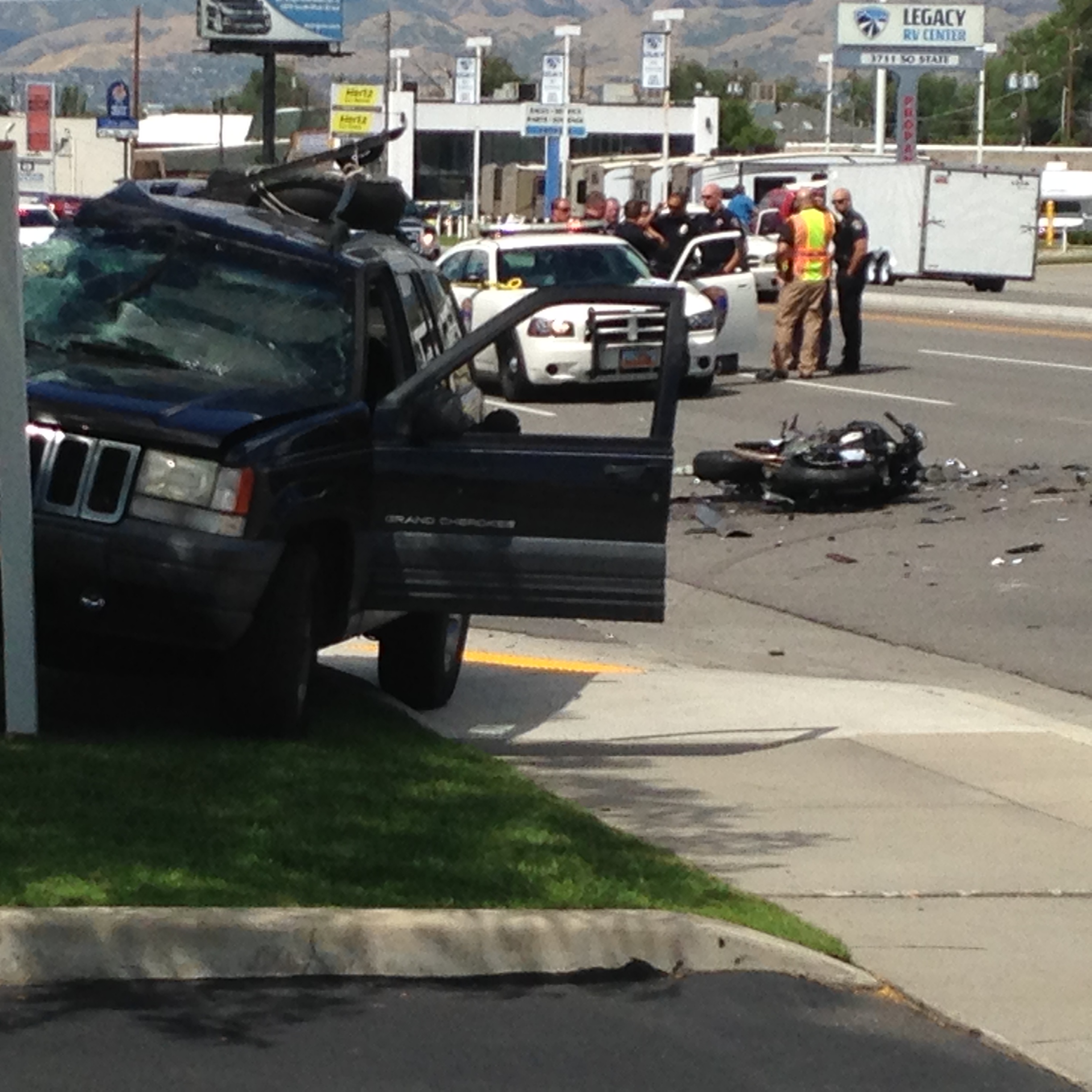 SOUTH SALT LAKE, Utah – A portion of State Street has been closed to traffic Thursday afternoon as police respond to an accident that left one dead and injured two others.

Crews at the scene report traffic is being diverted at 3500 South onto Main Street and all southbound lanes of State Street between about 3750 South and about 3500 South are blocked.

Police at the scene tell FOX 13 News a male and female who were on a motorcycle were arguing and then pulled off the road onto the side of State Street near 3600 South. A police officer stopped to check on the couple as they argued, and when the officer pulled up the female jumped onto the motorcycle with the male and moved away from the police at speed.