Woman in serious condition after crash, owner of parked trailer could face charges 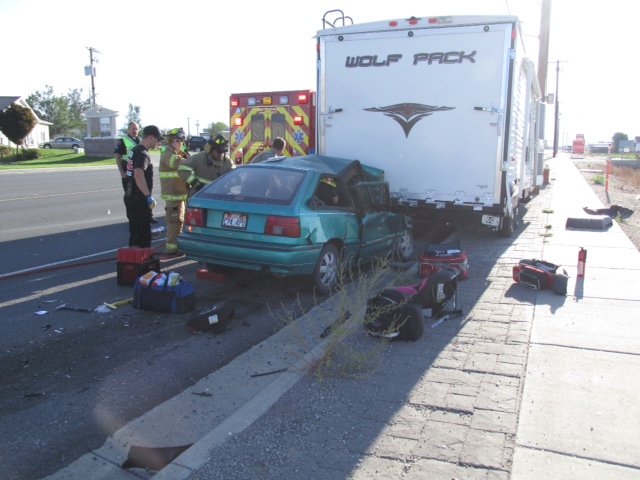 SYRACUSE, Utah – A woman is in serious condition after a vehicle accident in Syracuse Sunday morning, and police officials said the owner of a camper trailer she collided with may face charges.

Syracuse Police Department officials said the 24-year-old woman crashed into the back of a parked camper trailer while traveling eastbound in the area of 1700 South and 540 West.

The woman was flown to a hospital to be treated for her injuries. Police later identified the victim as Jewel Bagley and said just before 5 p.m. Sunday she was in serious but stable condition.

The trailer sustained an estimated $2,000 in damages. Police officials said they are looking at the possibility of charges against the owner of the camper trailer, as witnesses stated the trailer had been parked along the side of the road for about a week.

There were no other injuries reported in connection with the crash. The camper was empty when the collision occurred.