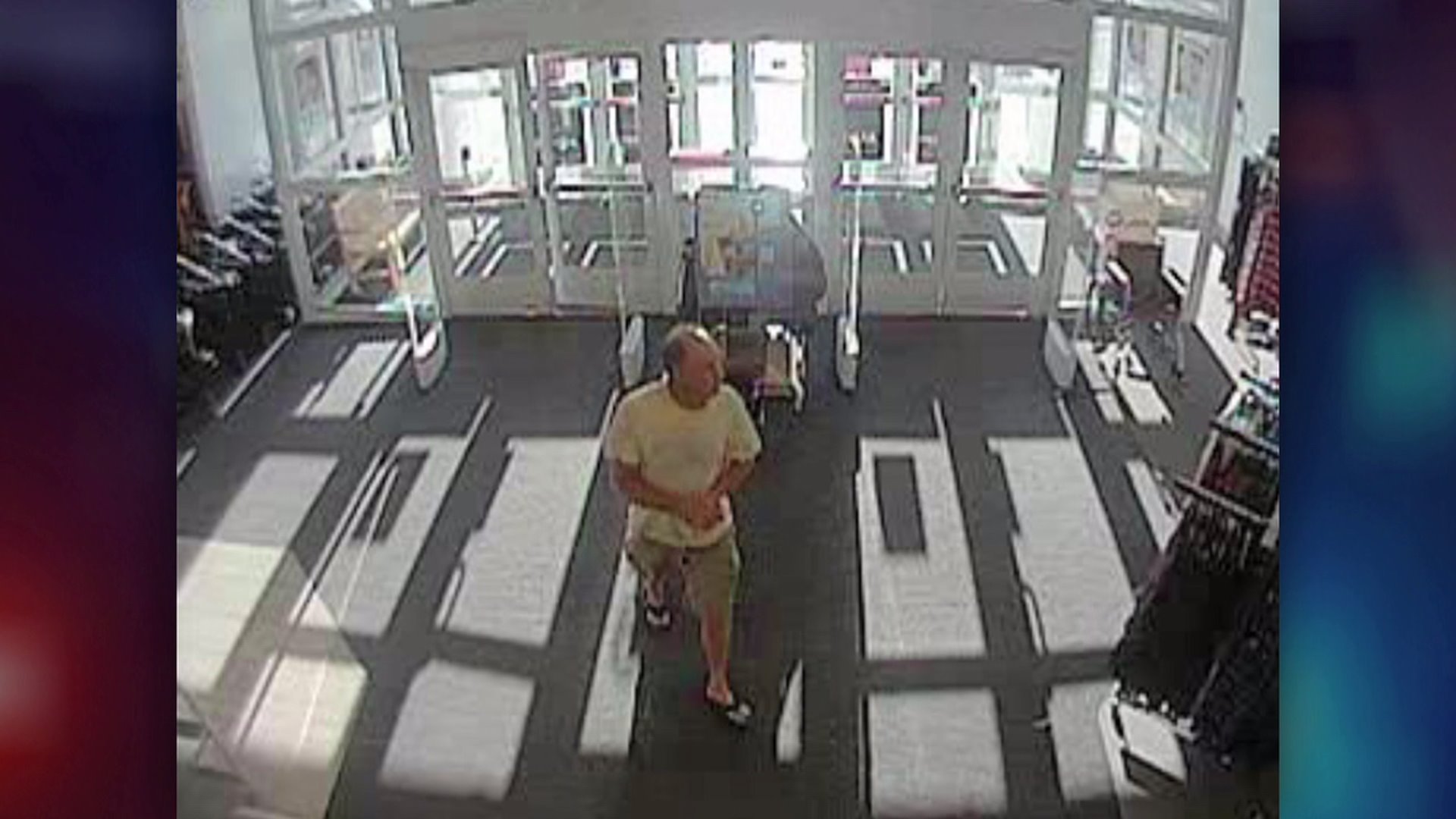 WEST JORDAN, Utah – Police are searching for a man who was allegedly looking into dressing room stalls at a department store while women were changing.

Police said the man took off after one of the women confronted him and was seen zipping up his shorts as he left.

Surveillance images of the suspect have been released, and the man is described as being white and between the ages of 40 and 50. He is balding and was last seen wearing a yellow T-shirt and light-colored cargo shorts.

Police said he left the area in a white Ford pickup truck of a model-year in the late ’90s. They said it may be an extended cab F-150.