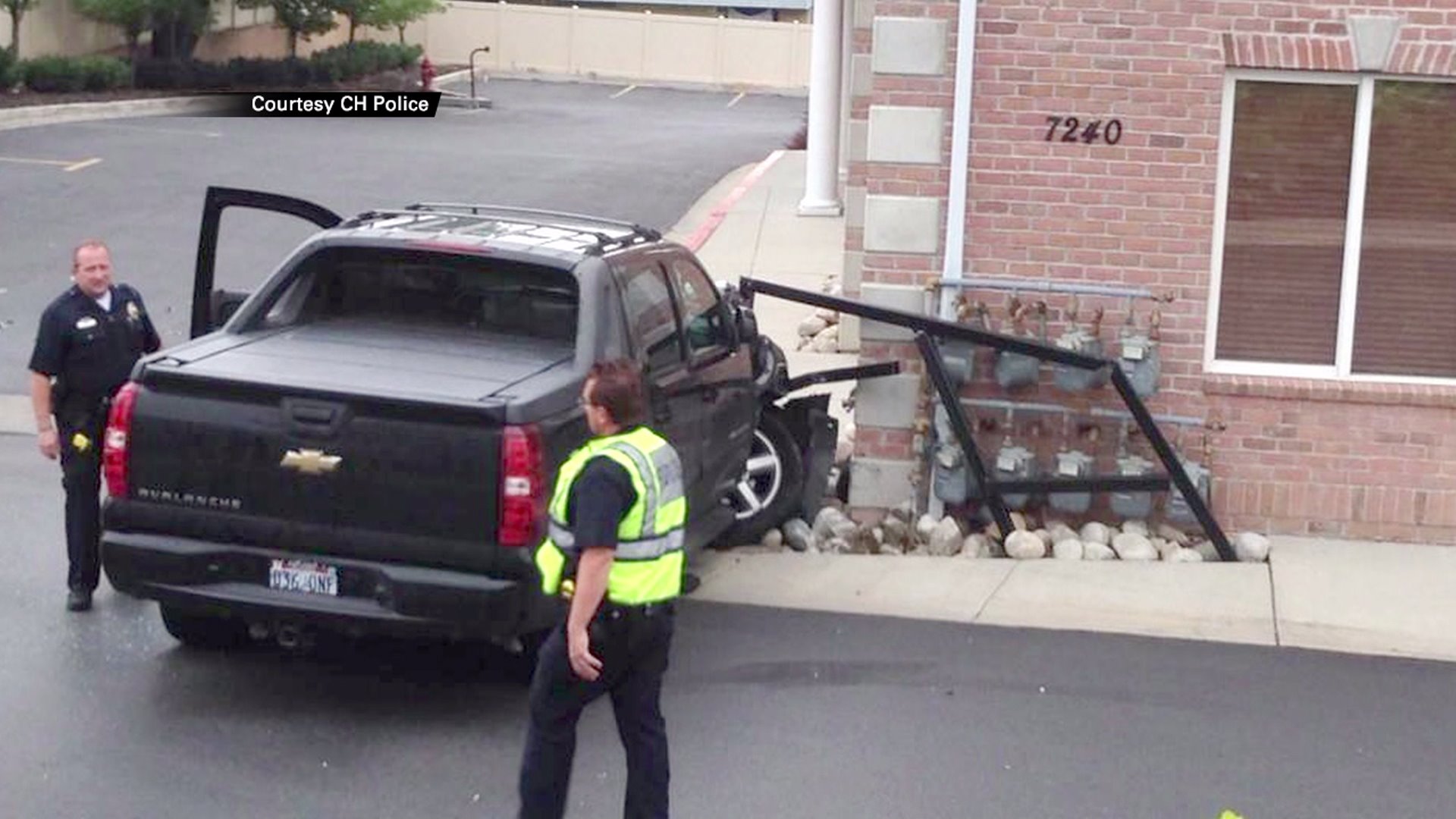 COTTONWOOD HEIGHTS, Utah – Several businesses were temporarily evacuated as a precaution Saturday after a truck crashed over a curb and slammed into a gas line at a business.

Sgt. Ryan Shosted of the Cottonwood Heights Police Department said the driver of a Chevrolet Avalanche suffered some kind of medical issue and lost control of the vehicle before crashing near 7250 Highland Drive.

The truck struck a gas line, which prompted the evacuation of nearby businesses as a precaution. Police tweeted photos of the accident around 12:30 p.m. People have now been let back into those businesses.

The driver is expected to be OK. There were no other injuries reported in connection with the crash.