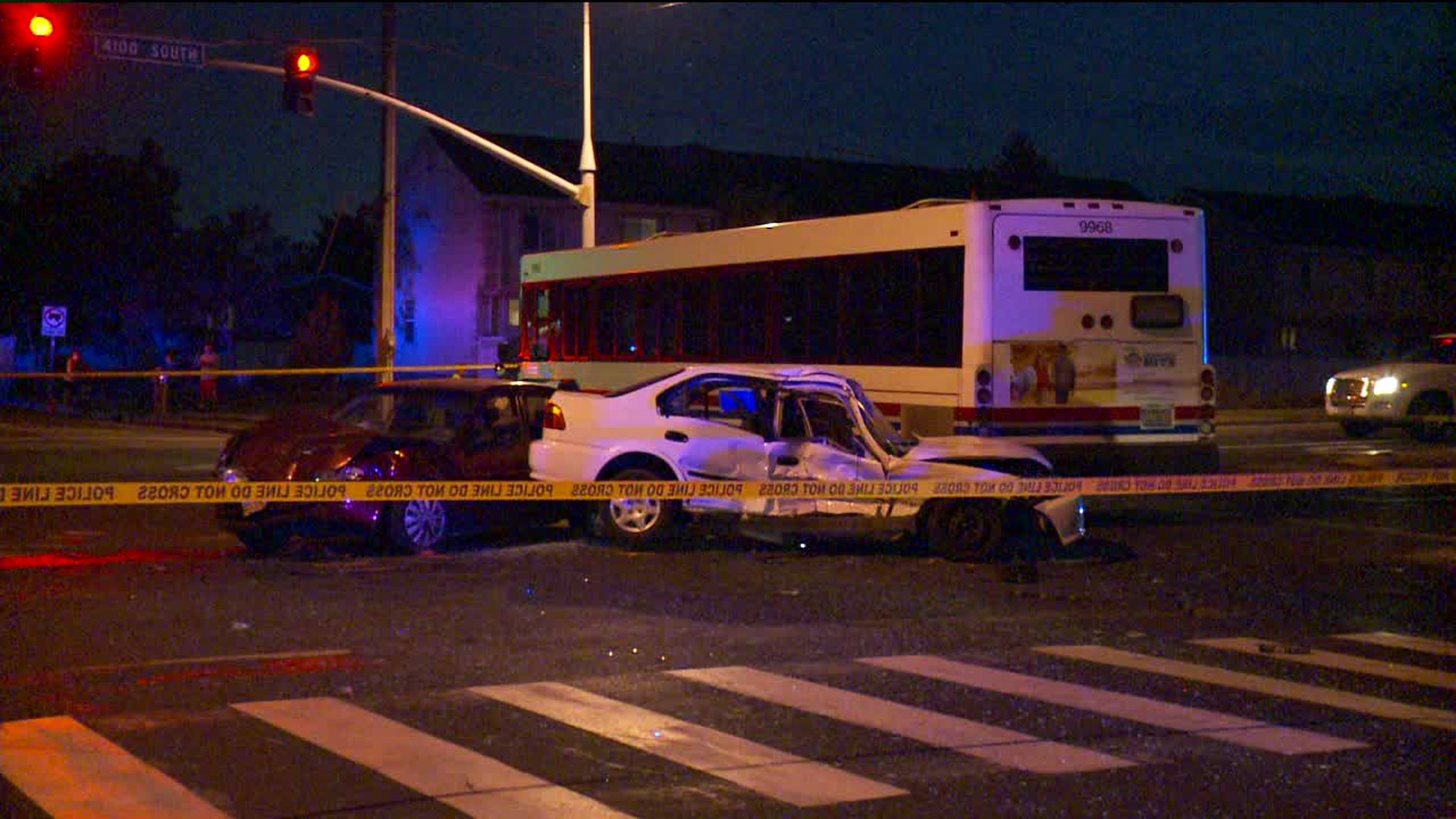 A man in the white Honda, later identified by police as 84-year-old Davey Lee Burton of Taylorsville, was killed in the crash. Officials said Burton was riding in the passenger seat of the vehicle.

Police said the accident is under investigation but said they believe the two cars collided with each other before striking the bus. They said one of the two cars may have run a red light.