Man in critical condition after shots fired in Ogden 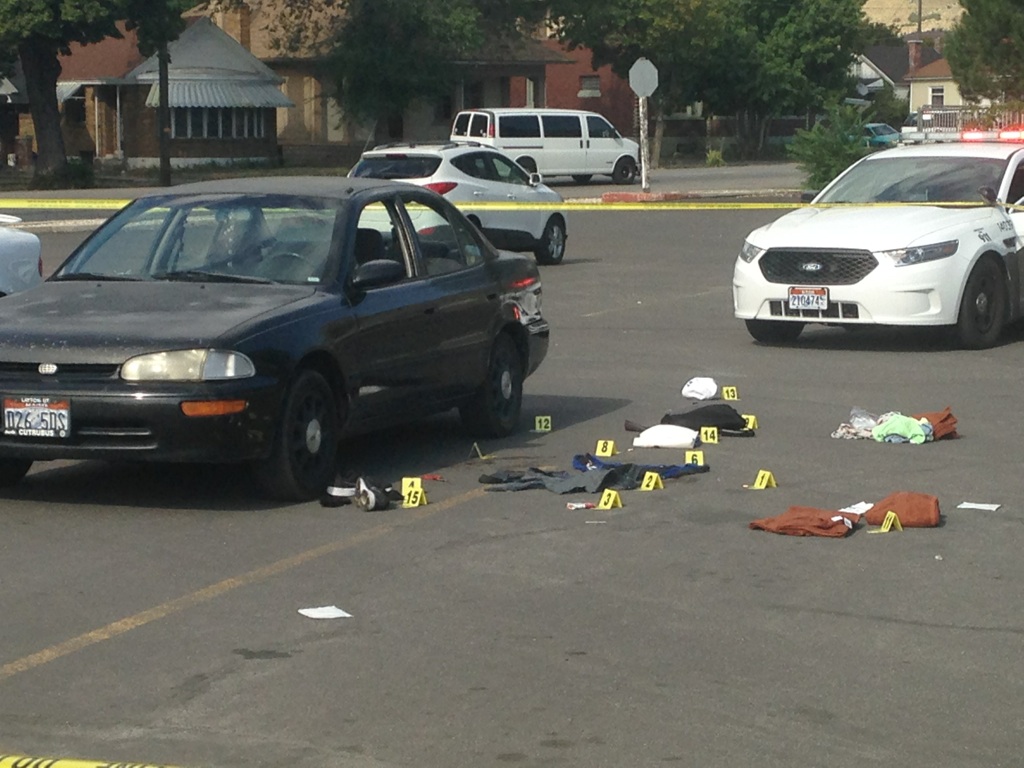 OGDEN, Utah – A man is in critical condition Thursday after shots were fired in Ogden.

Lt. Danielle Croyle of the Ogden Police Department said several shots were fired in the 800 block of 24th Street near Quincey Avenue.

FOX 13 News first heard reports of the shooting around 3:35 p.m. Witnesses at the scene tell FOX 13 News they observed a tan car with four people inside pursuing a black vehicle with one man inside. The witnesses said an argument then ensued in a Rite Aid Pharmacy parking lot. The man in the black car was hit when shots were fired, witnesses said, and police are looking for a late-model sedan that left the scene immediately following the shooting.

Croyle said a man was taken to a hospital in critical condition. Officials on scene said the man is undergoing surgery at McKay-Dee Hospital.