WEST VALLEY CITY, Utah - A West Valley City couple said they were shocked to come home to find their house in shambles, vandalized so severely they can't stay in it.

The Manwills' furniture and artwork were covered with what appears to be food.

They said the suspects tipped over the refrigerator and spread the food all over the house, which is located in the area of 2900 South and Gazelle Road.

Officials said the suspects threw a bowling ball through the walls leaving holes.

The couple said those responsible also destroyed a sculpture worth about $20,000.

Authorities said the burglars broke in through the back sliding door.

Once inside, the suspects went room-to-room breaking furniture, shattering mirrors and vandalizing anything else they found.

The Manwills said they don't know anyone who might do this and can't think of anyone who would want to hurt them.

They said the thieves stole jewelry, computers and a gun.

Police said the suspects could face burglary charges as well as felony mischief.

Officers said another home in the same neighborhood was also broken into and vandalized, this time with the vandals spray-painting graffiti on the walls.

Authorities said they aren't sure if the two incidents are connected.

West Valley City Police said they would like to speak with you if you have any information on these cases. 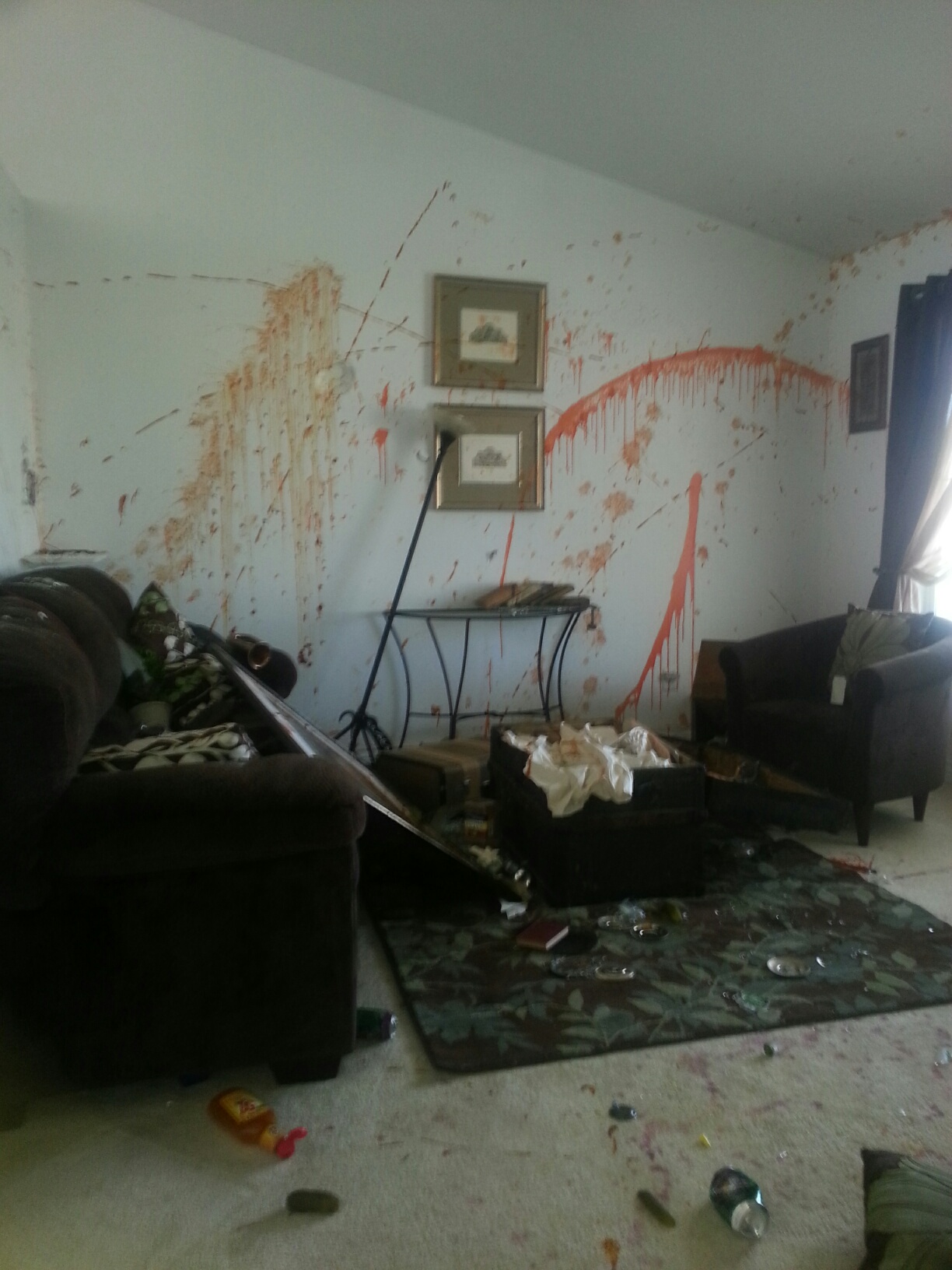