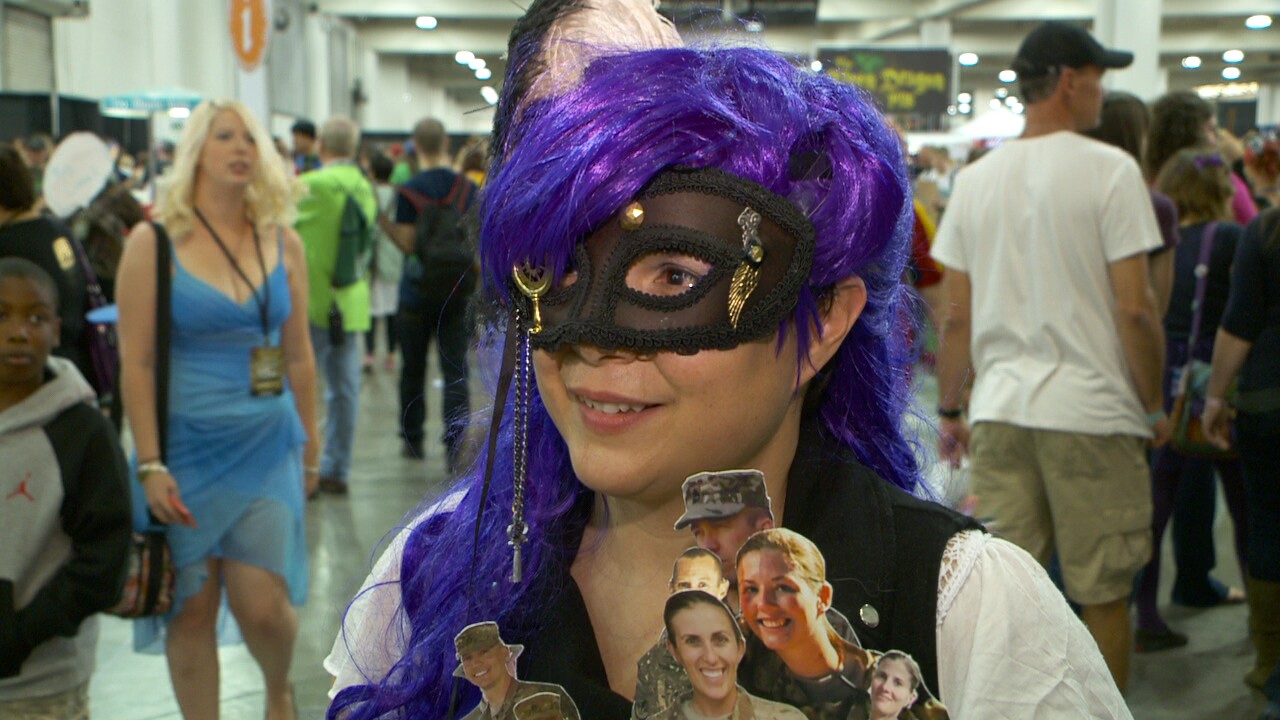 Sgt. First Class Nichole Bonham brought cut-outs of fellow soldiers, who are deployed overseas, to Salt Lake Comic Con to give her friends some fun photos from the event.

SALT LAKE CITY -- As was predicted, Saturday proved to be the busiest in Salt Lake Comic Con history, with a line that wrapped around the entire Salt Palace by the 10 a.m. opening.

“The other two days I was in line for an hour and Thursday in line for three hours,” said Layton resident Ryan Bielik.

Convention goers logged serious hours in line Saturday, but what’s a few hours in line when you spent days working on your costume?

“Came up with the idea for Jack Frost and Elsa, then we decided to steampunk them to make them a little more original,” he said.

In just its second year, Salt Lake Comic Con is the third biggest convention of its kind in the country, according to their website. San Diego is the biggest and New York is number two.

“I think Salt Lake just has a really strong nerd base,” Harrison said. “Salt Lake’s market is just huge. There’s a lot of people here that are just huge into comic books. They are third in the nation for movie development, game development. So I feel like the city is prime for this type of event where you bring in pop culture and comic book culture as well.”

The convention offers celebrity meet and greets, a variety of vendors--and if you didn’t plan ahead and bring a costume, booths like locally owned Game Haven have you covered.

“We’re just having a blast,” Game Haven owner Jonathan Rhoads said. “Everyone is having fun taking pictures with our 3D back drop,”

Sgt. First Class Nichole Bonham took a lot of pictures as well, but they weren’t of herself.

She made paper cut-outs of her fellow Utah soldiers who are currently serving in Afghanistan and asked people to pose with the real life heroes.

“They aren’t able to be here obviously, but I know many of them would have wanted to come so I made paper dolls of all of them,” she said.

“There’s a lot of people watching here, really fun,” Bielik said. “Seeing people in costume, meeting the celebrities, the panels they have. There’s a lot of stuff to buy here. It’s got a good crowd, enthusiasm--it’s a fun crowd.”