Authorities identify 2 women killed in crash on I-15

SANTAQUIN, Utah – All lanes of I-15 near mile marker 244 have been reopened about four hours after two women were killed in a single-vehicle rollover that occurred Saturday afternoon.

Sgt. Mary Kaye Lucas of the Utah Highway Patrol said two females in their 20s were killed in the accident and that a third person suffered minor injuries.

According to information from the Department of Public Safety, the driver of the vehicle, identified by police as Rasmussen, took the 244 exit on I-15 but then attempted to cross the gore area and re-enter the main flow of traffic. The vehicle rolled and both females in the vehicle were ejected and died at the scene.

"It was just a last minute decision to take the exit, it was too late and too high of a speed," said Sgt. David Rumfield of the Utah Highway Patrol.

Neither of the two were wearing seat belts.

"The inside of the car looks fairly intact, had they been wearing their seat belts they had a very good possibility of surviving this accident today," Rumfield said.

A 17-year-old male was in the back seat of the vehicle and was wearing a seat belt. He did not suffer any serious injury and his name has not been released.

The crash occurred around 3:12 p.m. on I-15 near mile marker 244 in the area of Santaquin. Officials with the Utah Department of Transportation stated just before 3:40 p.m. that northbound lanes were closed in the area and that one southbound lane was open, but just before 7:30 p.m. officials stated that all lanes had reopened in the area.

DPS officials stated witnesses reported seeing the vehicle traveling at a high rate of speed and aggressively passing other motorists before the crash occurred. Police personnel at the scene of the crash tell FOX 13 News the driver of the vehicle was on her phone when the crash occurred, but it was not clear if the driver was talking on the phone or using it for some other purpose. 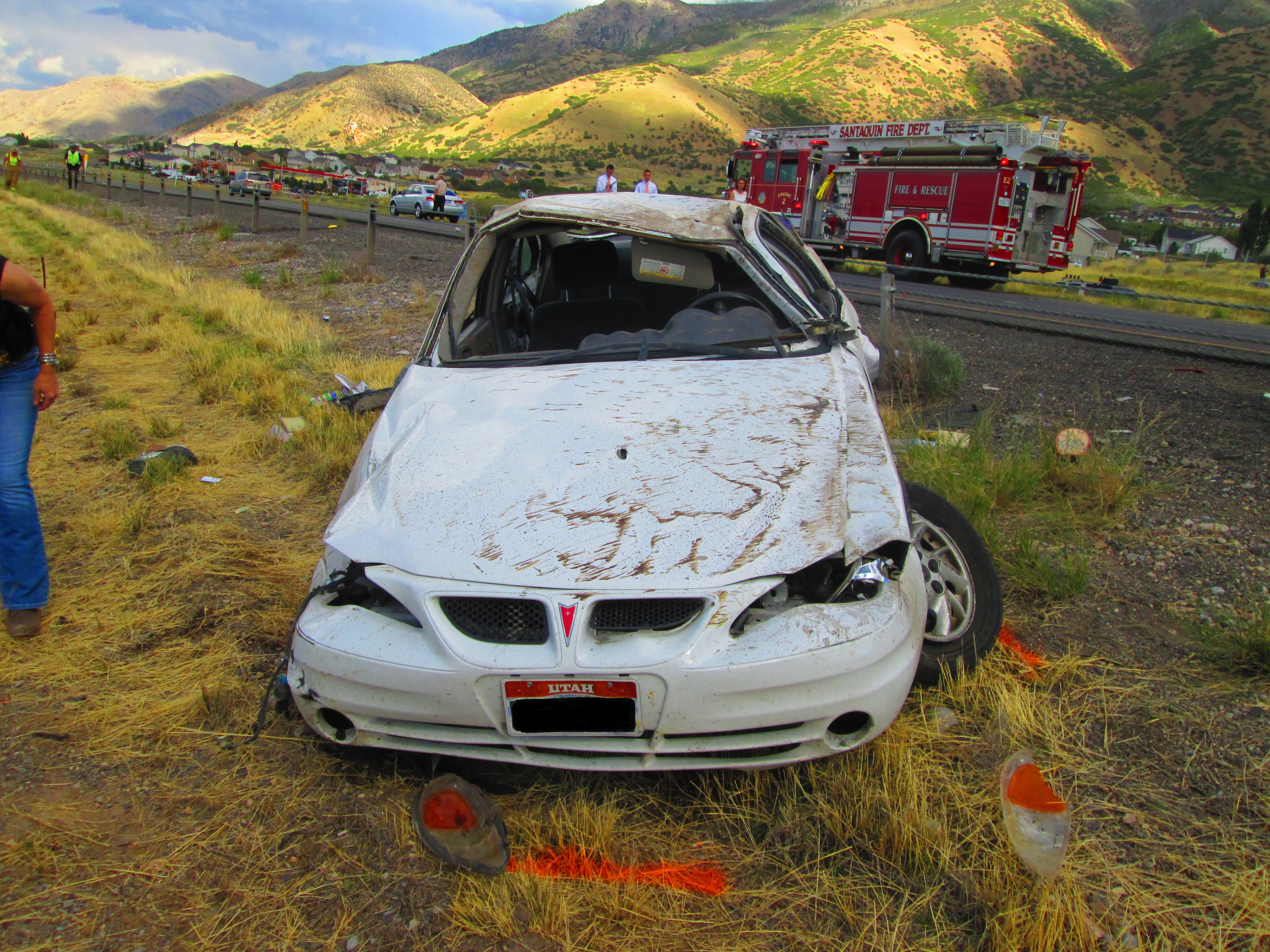