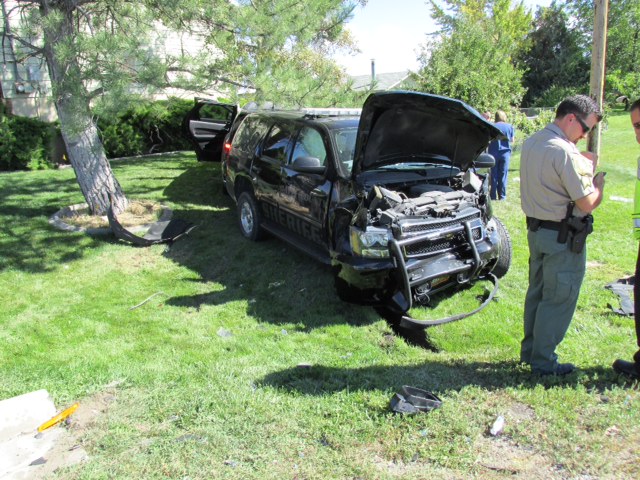 SYRACUSE, Utah – Two people were taken to hospitals after a police vehicle with lights and sirens on collided with an SUV in Syracuse Sunday.

Officer Erin Behm of the Syracuse Police Department said a deputy with the Davis County Sheriff’s Office was responding to a medical emergency with lights and sirens on when the vehicle hit a dodge Durango and pushed the vehicle into a nearby yard.

The crash occurred around 5 p.m. as the deputy was traveling eastbound on 700 South and the SUV was traveling southbound on 3000 West. The vehicles collided in an intersection.

There were four occupants in the Durango, two adults and two children—ages 6 and 8. A female passenger was taken to an area hospital. The deputy was also taken to a hospital. Both had injuries described by officials as not being life-threatening.

The crash is being investigated, officials said. FOX 13 News will have more information as it becomes available.