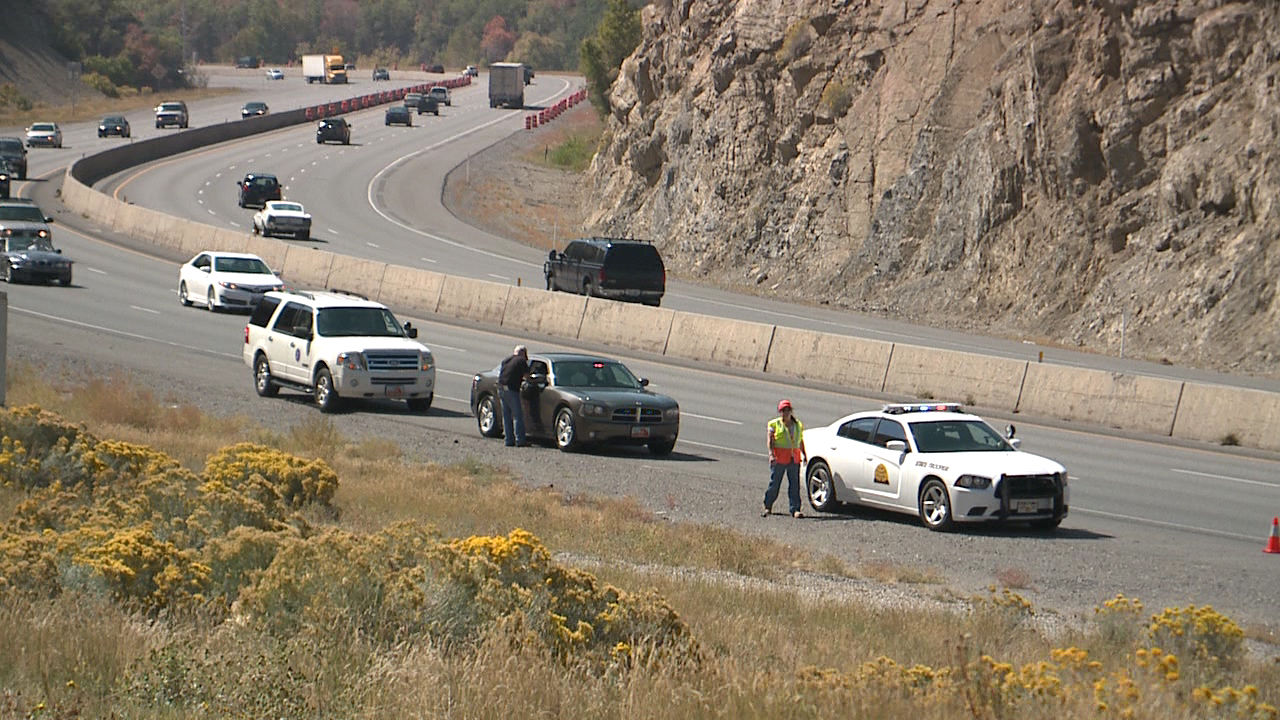 PARLEYS CANYON, Utah – A man was killed in a motorcycle crash in Parleys Canyon Saturday, and officials said speed may have contributed to the crash.

The crash occurred around 1:17 p.m. as the motorcyclist was traveling eastbound on I-80 and then swerved off of the road.

Sgt. Larry Mower of the Utah Highway Patrol said witness statements indicate speed was a factor in the crash.

“We did have a couple witnesses that stopped and said that the person on the motorcycle was trying to pass other vehicles and apparently had accelerated, but then there was no gap to get around so then he went around to the right side of a semi, and that’s when he lost control of the bike in the gore area here.”

The man has not yet been identified, though authorities said they believe he is in his 40s. Officials said the man was not wearing a helmet and that it is likely the high speeds and lack of safety gear led to his death. There were no other injuries reported in connection with the crash, and there were no lane closures–as the motorcycle came to rest off of the road.