Lane reopens on I-15 southbound after multiple-vehicle crash 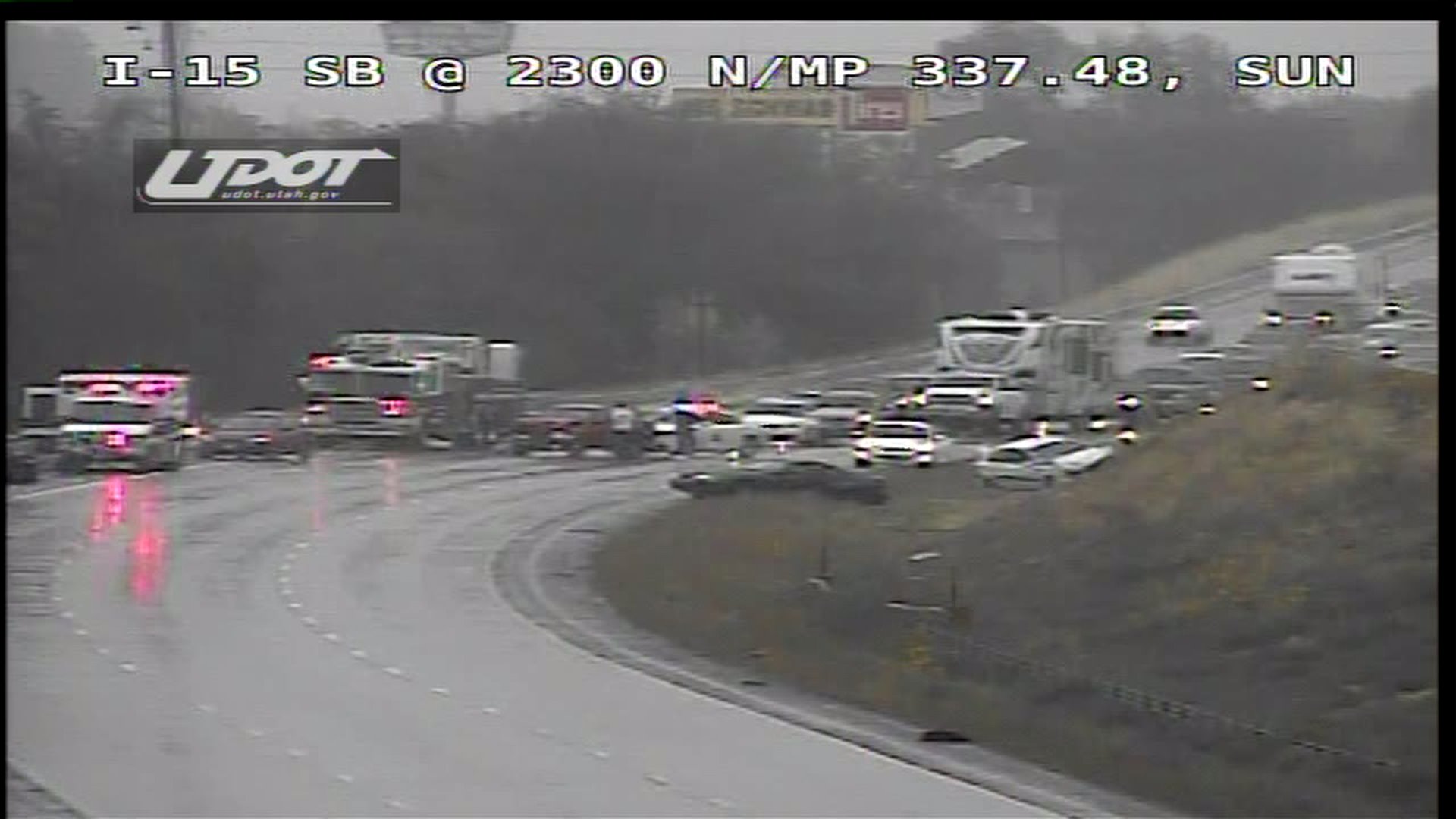 SUNSET, Utah – One lane of I-15 southbound was temporarily closed Sunday afternoon after an accident involving multiple vehicles.

Traffic cameras showed emergency responders in the area of I-15 and 2300 North in Sunset, and several damaged vehicles were visible as well. As of about 3:35 p.m., a second camera located nearby in Roy at I-15 and 5600 South showed cars backed up as a result of the crash.

Officials with the Utah Highway Patrol said there were no major injuries associated with the crash. The lane closure was lifted later Sunday.

The cause of the crash was not immediately clear, though traffic cameras show rainfall and wet roads in the area. UHP officials said