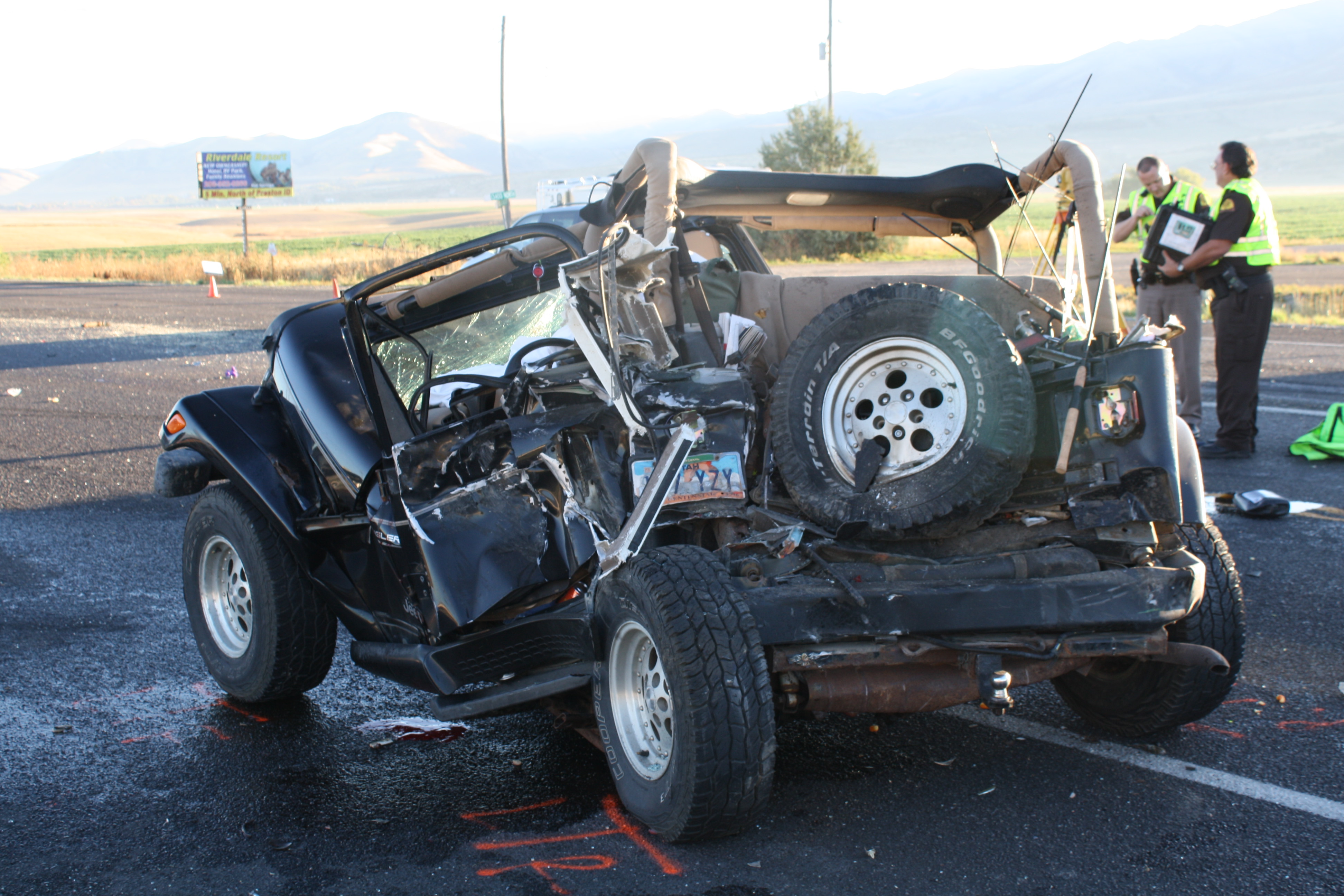 CACHE COUNTY, Utah – One person is dead and another was injured in a multiple vehicle accident on SR-91 in Cache County Thursday morning.

According to information from the Utah Highway Patrol, the crash occurred at about 6:38 a.m. near mile post 43.

A Jeep traveling northbound was being followed by a mini-van, both traveling at highway speeds.

The Jeep moved over into the left lane to turn west onto State Route 61, and, according to police, the driver of the minivan said he took his eyes off of the Jeep to look in the mirror and when he looked back the Jeep was slowing down.

The two vehicles collided, and the Jeep spun around and moved into a southbound lane, where it was struck by a truck traveling southbound.

The driver of the Jeep, who was not wearing a seat belt, was killed instantly. The man was identified by authorities as 42-year-old Leigh Purser of Richmond, Utah.

The release from UHP stated:” It appears that the driver may have been fatigued at the time if the crash as he was traveling home from work.”

The road was closed for about 3.5 hours as crews investigated and cleared the scene.