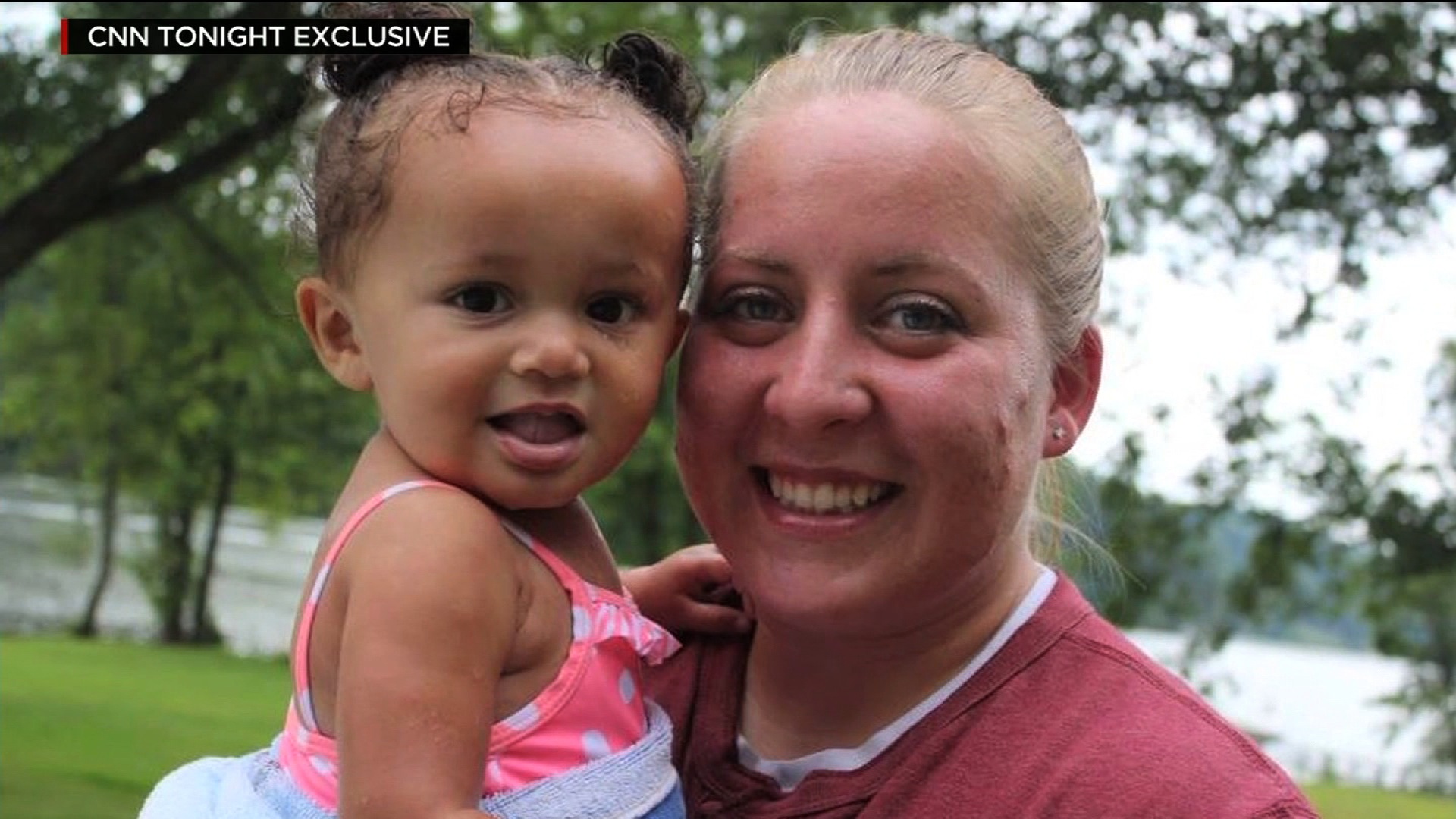 (CNN) — At five months pregnant, Jennifer Cramblett and her same-sex partner, Amanda Zinkon, learned that Cramblett had been inseminated with the wrong sperm, and that the donor was of a different race.

Two years later, Cramblett and Zinkon are moms to a mixed race African-American girl named Payton, whom they love “unconditionally.” But even that bond hasn’t been enough to protect them from the emotional and social challenges they admittedly, were not prepared for.

“There are things I don’t feel I have the background to even know. It is things we have to go out and research and talk to people and figure out how to do as simple as a daily chore of doing your hair,” Cramblett told CNN.

Last week, Cramblett sued Midwest Sperm Bank with the goal to force them to change the policies that led to the mix-up and to obtain the funds her family needs to receive ongoing counseling and relocate to a more diverse community.

Cramblett said her “shock” came when she called Midwest Sperm Bank in April 2012 to secure more vials for a second pregnancy.

“When I called to order that sperm and the vials, I asked them for (donor) 380 and they came back on the line and said I do believe we have sent you donor number 330, are you sure that’s not what you asked for?” said Cramblett.

The mix-up stemmed from Midwest Sperm Bank’s record-keeping procedures, according to a complaint filed in Circuit Court in Cook County, Illinois, where the company’s main office is located. The sperm bank’s records are kept manually, ink-on-paper, not electronically, according to the lawsuit.

CNN called Midwest Sperm Bank. A woman who answered the phone and refused to identify herself said, “sorry, we have absolutely no comment.”

CNN also reached out to the sperm bank’s attorney, Marc Groedel, and received no response. Attorney Scott Bakal, listed on the complaint, hung up the phone with a quick “goodbye.”

“The basis of the lawsuit and why we are doing what we are doing is so that somebody is held accountable. This isn’t going to happen to anybody else,” said Cramblett.

Lack of racial diversity in their town

With the birth of Payton, Cramblett and Zinkon were confronted with raising their mixed race child in Uniontown, Ohio, a rural community south of Akron that, according to the last census, is 98% white.

Cramblett suffers from “stress and anxiety” just thinking of Payton having to attend and all-white school and being “stigmatized or unrecognized.”

“I want my child to be raised around people that maybe look like her, and unfortunately, we are not going to get all of those assets there in Uniontown, Ohio,” she said. “We want her to grow up in a community where she feels accepted, feels like it’s normal to be who she is.”

But in spite of their strong wish to relocate, Cramblett and Zinkon don’t have the financial means to do so, Cramblett’s attorney Timothy Misny told CNN.

“Uniontown is a wonderful town, wonderful people, but there are no biracial children and no mixed marriages. We need to relocate Jennifer and her family to a town that offers that type of diverse culture,” Misny said.

And since the sperm bank is responsible for the mix-up, the bank should be held financially accountable, said Misny.

“We are asking they change policy so it never happens again,” Misny said. The lawsuit also seeks “compensation to receive the kind of counseling they will need going forward, and also to relocate to an area that is more demographically in tune with their family,” he said.

“At times she (Cramblett) feels that she is underwater. She loves her child to death. But what she needs is assistance in handling it properly,” Misny said.

In spite of the complicated legal means she has been forced to adopt, Cramblett said her daughter’s future is what’s really at stake.