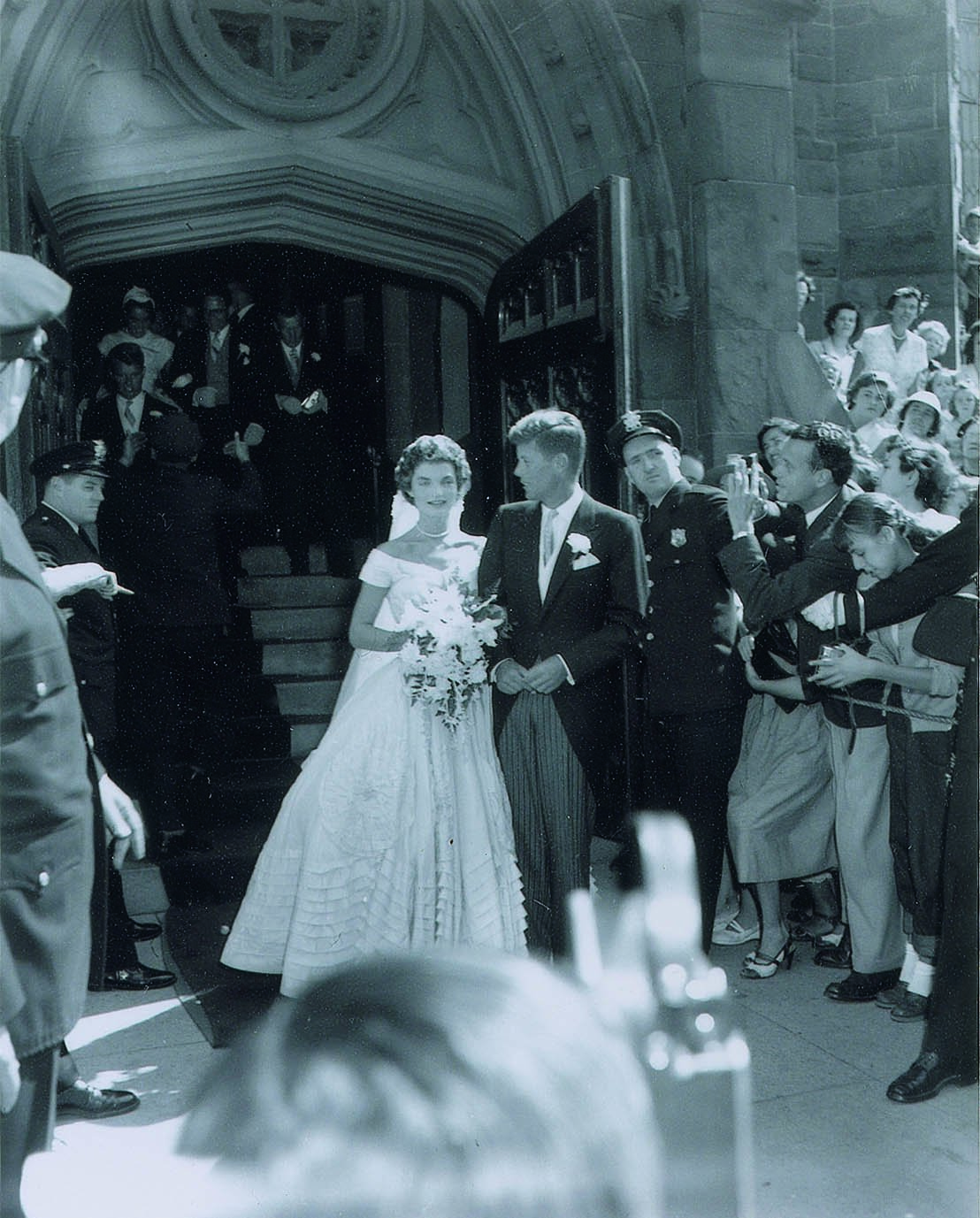 (CNN) — A previously unpublished collection of photographs from the wedding of John F. and Jacqueline Kennedy will be auctioned this month.

The negatives of the photographs were found in 1993 in the darkroom of Arthur Burges, a World War II veteran and freelance photographer who was hired as a backup photographer for the wedding, according to Bobby Livingston, an executive vice president at RR Auction.

“They’re relatively scarce,” Livingston said. “To come across a photo archive like this of such a famous event, they’re a nice find.”

The future first couple was married on September 12, 1953, at St. Mary’s Church in Newport, Rhode Island.

The event was also famously displayed in LIFE magazine with shots by photographer Lisa Larsen, according to Rachel Flor of the John F. Kennedy Presidential Library and Museum. The magazine called the wedding “the most impressive the old society stronghold had seen in 30 years.”

Burges’ photos, or the “outtakes,” as the auction house refers to them, include shots of the couple exiting the church and cutting the wedding cake.

According to a press release from the Kennedy Museum, the wedding cake had five tiers and was accompanied by “a luncheon of fruit cup, creamed chicken and ice cream sculpted to resemble roses.”

Jacqueline Kennedy’s wedding dress, captured in Burges’ black and white stills, was made from 50 yards of ivory silk taffeta and took more than two months to make, according to the museum.

Livingston estimated the collection of 13 shots will sell for several thousand dollars. The photos are being auctioned online through October 15.