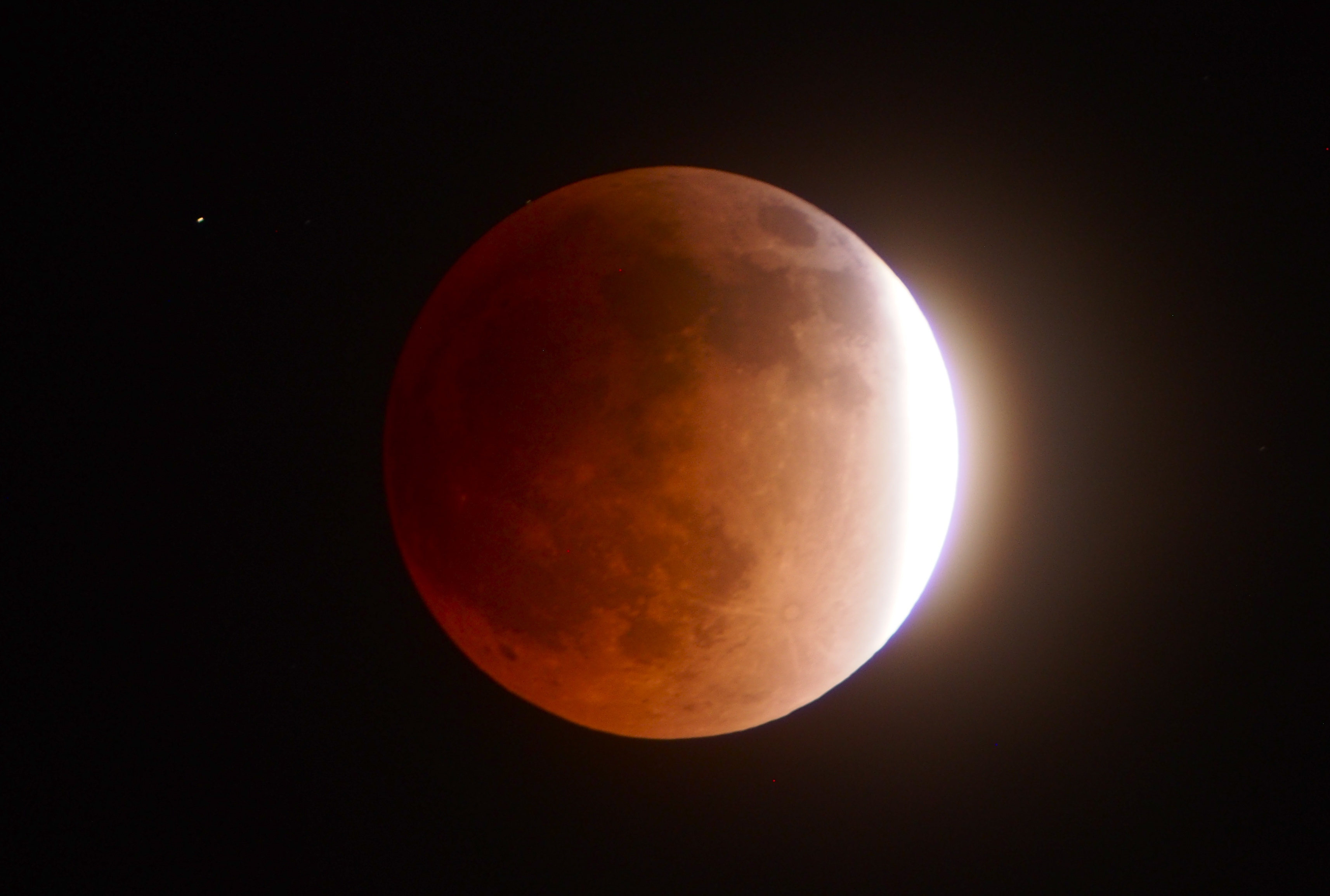 Blood moon, Act II, opens soon in the heavens near you. And it will be bigger than Act I.

If you live in the western half of the United States, you’ll have a front-row seat on a lunar eclipse that will turn the moon a burnt reddish orange for about an hour Wednesday, creating the second blood moon in relatively short succession.

Because it happens right after the perigee, the closest point to Earth in the moon’s orbit, this blood moon will be nearly the size of a super moon — appearing 5.3 percent larger than the previous blood moon on April 15.

It will be the second in a sequence of four — called a tetrad — that are occurring in roughly six-month intervals. The next one will appear on April 4, 2015, and the last one on September 28, 2015.

With that frequency, one might be misled into thinking that blood moons are commonplace.

There are about two lunar eclipses per year, NASA says. Some of them — penumbral eclipses — are so subtle, they are vaguely visible and go greatly unnoticed.

Other eclipses just cast a partial shadow on the moon but lend it none of that blood moon color that only total eclipses do. And they come around, on average, less than once a year.

The brilliant hue comes from the edges of the sun peeking out around the periphery of the Earth through its atmosphere in a global sunset shining on the moon, which has to be in just the right position to catch those rays.

Lunar eclipses — penumbral, partial or total — occur in random order, NASA says. Getting four total eclipses in a row is like drawing a rare lunar poker hand of four of a kind.

“The most unique thing about the 2014-2015 tetrad is that all of them are visible for all or parts of the U.S.A.,” said NASA eclipse expert Fred Espenak.

People in Europe, Africa and the Middle East, for example, will not be able to see Wednesday’s blood moon.

In the 21st century, there will be many such tetrads, but look back a few centuries, and you’ll find the opposite phenomenon, NASA says.

Before the dawn of the 20th century, there was a 300-year period when there were none, Espenak says. Zero.

That would mean that neither Sir Isaac Newton, Mozart, Queen Anne, George Washington, Napoleon, Abraham Lincoln nor their contemporaries ever had a chance to see such a sequence.

The stuff of mystics

There are those who like to veil these astral junctures in mysticism, and for them, the epilogue to Wednesday’s celestial theatrics could sound like this:

When sun and Earth aligned, a cooper glow to cast,

Upon the face of the moon as it did by Earth pass.

It shall again, to mark another holy rite, alas!

The first one in this tetrad fell on Passover; the current one falls on the lesser known holiday of Sukkot, four days after Yom Kippur.

But that’s no reason to go loony over cosmic coincidences — because there are none here.

The Jewish calendar is an ancient lunar one, and holy dates are set, on purpose, to the precise clockwork of the moon’s phases.

They’re the same predictable ones that make it easy for modern-day astronomers to exactly calculate blood moons.