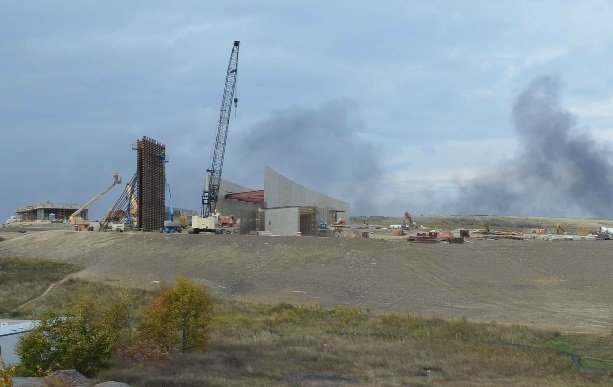 (CNN) — A fire erupted Friday in buildings that are part of a Shanksville, Pennsylvania, memorial to United Airlines Flight 93, which crashed on September 11, 2001, officials said.

Seven fire companies responded to the blaze, which started about 3 p.m., said Geraldine Budzina, a Somerset County dispatcher. No injuries were reported.

The fire was at the headquarters complex for the Flight 93 National Memorial, Mike Litterst, a National Park Service spokesman, said in a statement.

“Neither the memorial proper nor the new visitor center currently under construction were affected, as the headquarters is located approximately two miles from those sites,” the statement said.

Initial reports were of extensive damage to the complex, Litterst said. All employees and volunteers were safely evacuated.

The cause of the blaze is under investigation, he said.

Firefighters were trying to prevent the fire from spreading, Budzina said.

The memorial park is dedicated to the 40 passengers and crew who died when Flight 93 crashed outside the town in southwestern Pennsylvania. The plane went down, killing all on board, as passengers fought back against the hijackers, according to investigations.

The memorial, still incomplete, includes a visitor center with traditional and interactive exhibits, public programs and information about the history of Flight 93.

United Airlines Flight 93 was traveling from Newark, New Jersey, to San Francisco when hijackers took over the plane, according to the 9/11 Commission.

Investigators said the terrorists were most likely trying to turn the airplane toward Washington to hit a major political target.

CNN’s Aaron Cooper and Laura Bernardini contributed to this report.