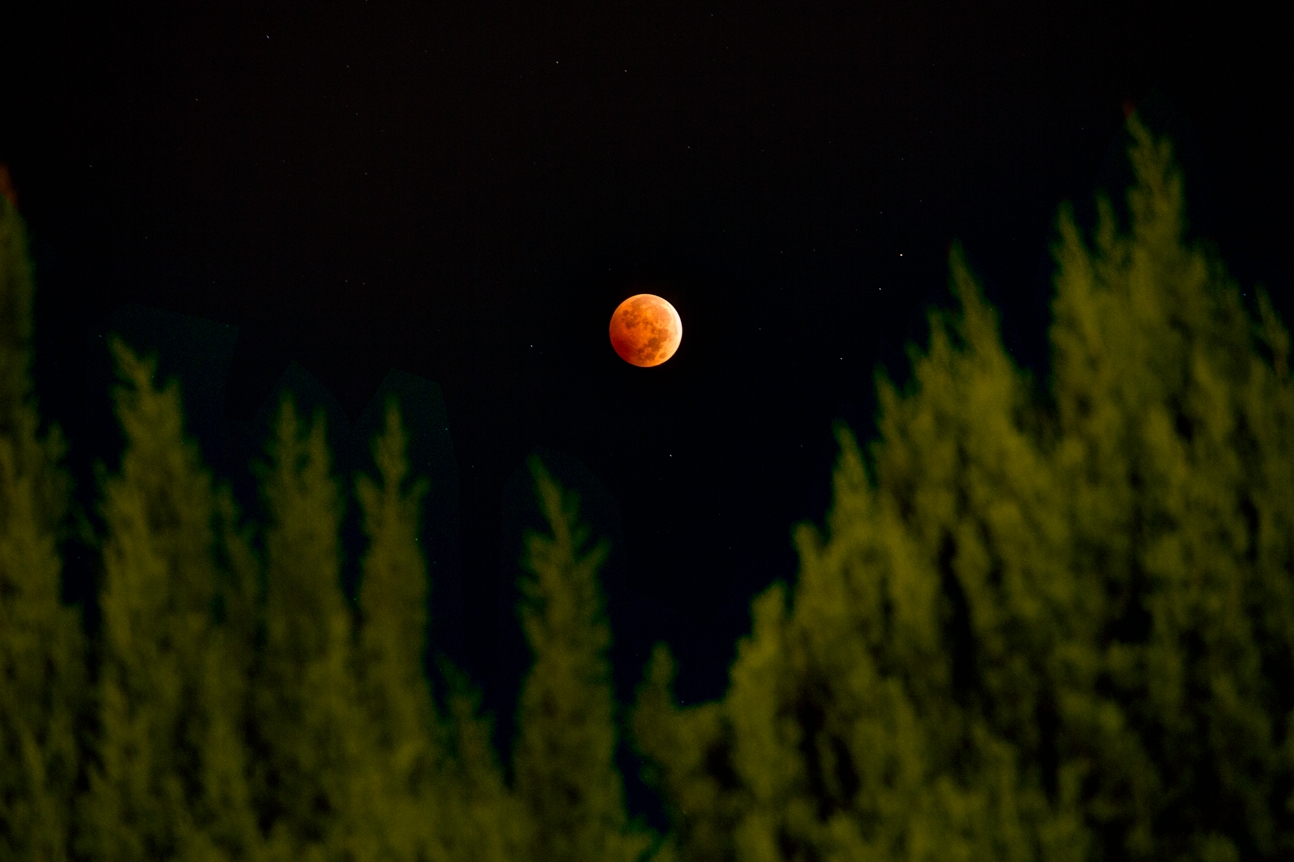 Sequels can sometimes be a disappointment.

But not this time, not with this heavenly body.

People throughout the United States had a front-row seat for the show: a lunar eclipse that made the moon look a burnt reddish-orange.

The”blood moon,” as it’s called, was the second of the year.

Because it happened right after the perigee — when the moon is closest in its orbit to Earth — this blood moon was nearly the size of a super moon, appearing more than 5% larger than the previous blood moon in April.

While we’re talking sequels, this series is only halfway through. Two more blood moons are coming. Hollywood might dub it a quadrilogy, but scientists call it a tetrad.

With that frequency, you could be misled into thinking blood moons are fairly common.

In the 21st century, there will be many tetrads, but look back a few centuries, and you’ll find the opposite phenomenon, NASA says.

Before the dawn of the 20th century, there was a 300-year period when there were none, says NASA eclipse expert Fred Espenak.

That would mean that Sir Isaac Newton, Mozart, Queen Anne, George Washington, Napoleon, Abraham Lincoln and their contemporaries never had a chance to see such a sequence.

There are about two lunar eclipses per year, NASA says.

Some are so subtle they’re barely visible and pretty much go unnoticed.

Other eclipses cast a partial shadow on the moon but don’t give it that blood moon color that only total eclipses do. They come around, on average, less than once a year.

A global sunset shining on the moon

The brilliant hues of a blood moon come from the edges of the sun peeking around the periphery of the Earth, catching the atmosphere. It’s essentially a global sunset shining on the moon, which has to be in just the right position to catch those rays.

Lunar eclipses — whatever the variety — occur in random order, NASA says. Getting four total eclipses in a row, especially blood moons, is like drawing a rare lunar poker hand of four of a kind.

The people of Europe, Africa and the Middle East were not be able to see this blood moon.