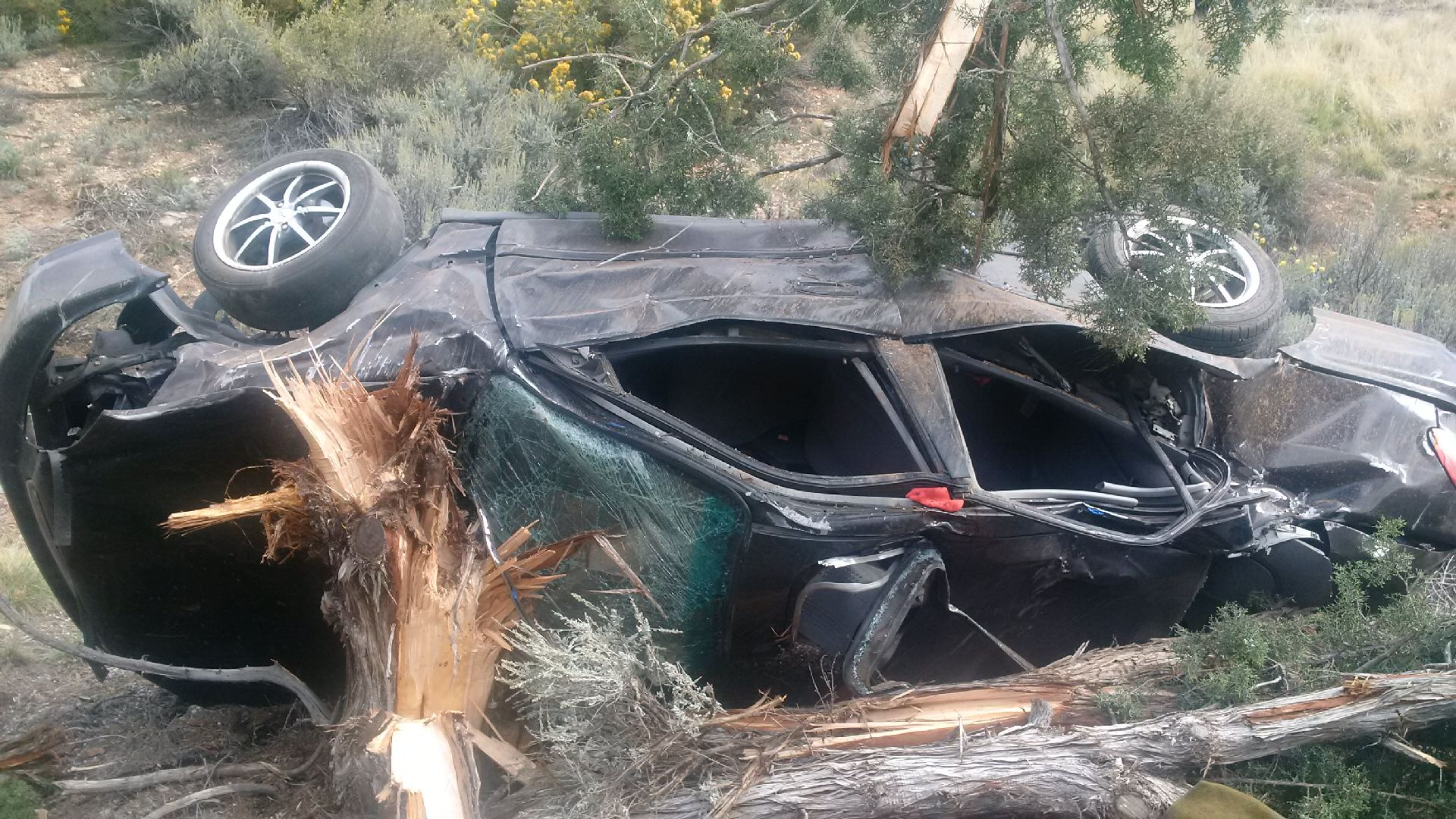 SOUTHERN UTAH – A woman is dead and another is in critical condition after a crash on I-15 that occurred Thursday afternoon.

According to information from the Utah Department of Public Safety, a black Honda Civic crashed while attempting to pass a bus near mile marker 34 around 2:39 p.m.

The southbound Honda lost control as it passed a large bus, and the vehicle slid off the right side of the freeway and down a steep embankment. The vehicle rolled and came to rest against a large tree.

There were two 19-year-old women in the vehicle, both of whom are from the Ogden area. Neither of them was wearing a seat belt, and both were ejected from the vehicle during the crash.

Angel Stringfellow was driving the car, and she died at the scene of the crash. The other female, who has not been identified, was transported to Dixie Regional Medical Center via medical helicopter in critical condition.

Officials stated that poor tires on the front of the vehicle and speed, though not excessive speed, may have been factors in the crash.

Officials stated that, “If worn, seat belts could have saved a life in this crash.”