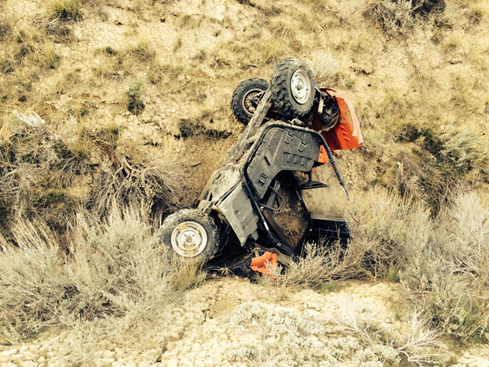 UINTAH COUNTY, Utah – Search and rescue crews responding to a report of an overdue hunter located the body of the missing man near his all-terrain vehicle about 200 feet down into a ravine.

According to information from the Uintah County Sheriff’s Office,  the man was reported missing when he didn’t return home from hunting Saturday night.

Crews began the search for the man Sunday morning, and the man was located about 4 miles north of the Uintah County landfill. Officials described the location as being in a remote area.

Officials stated it appears the man was attempting to turn the side-by-side ATV around a steep embankment when the vehicle rolled. The ATV rolled several times and came to a rest at the bottom of a ravine about 200 feet from where the vehicle began to roll.

The victim was thrown from the vehicle as it rolled and was found near the ATV.