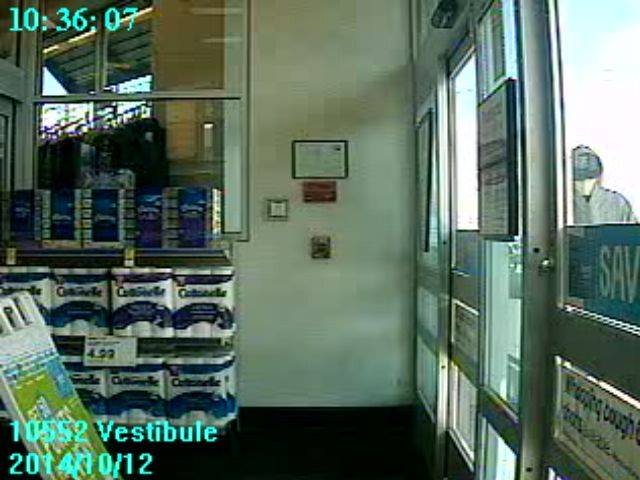 NORTHERN UTAH – Police are seeking the public’s help identifying and locating a man who allegedly robbed a pharmacy Sunday and may have carried out a similar crime Saturday night, and another man is wanted in connection with a third robbery at a Walgreen store.

According to information from the Logan City Police Department, a man walked into a Walgreen store at about 10:38 a.m. and carried out a robbery.

Police did not specify if the man was armed and did not provide details regarding what was taken during the robbery.

The suspect is described as a black male who stands about 5-feet 8-inches tall and weighs 160 pounds. He was last seen wearing a gray sweatshirt with a hood, a ball cap and a white surgical mask.

Anyone with information about the suspect or the alleged robbery is asked to contact police at 435-753-7555.

The suspect is pictured above, and he matches the description of a man who robbed a Walgreen store in Salt Lake City, 900 East 2100 South, around 9:30 p.m. Saturday. That suspect gave the pharmacist a note demanding Oxycontin, and he fled on foot after being given the drugs.

A third Walgreen store was robbed in Woods Cross Sunday afternoon, but in that instance the suspect was described as being a white man who stands 6-feet tall. He was last seen wearing a black ball cap and a black “Sons of Anarchy” sweatshirt with a hood. The suspect demanded drugs and fled after receiving them.