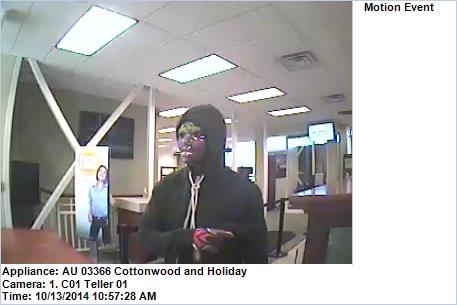 Unified Police have released photos of the masked marauders accused of holding up the Wells Fargo bank on S. Highland Dr. near Murray Holladay Rd.

Police said one suspect immediately took out his gun and demanded everyone get on the ground while the second suspect jumped over the counter and started grabbing cash from drawers.

The suspect threw the cash in a black backpack and both ran from the bank.

Officials have not confirmed how much money the suspects stole.

No one was injured during the heist.