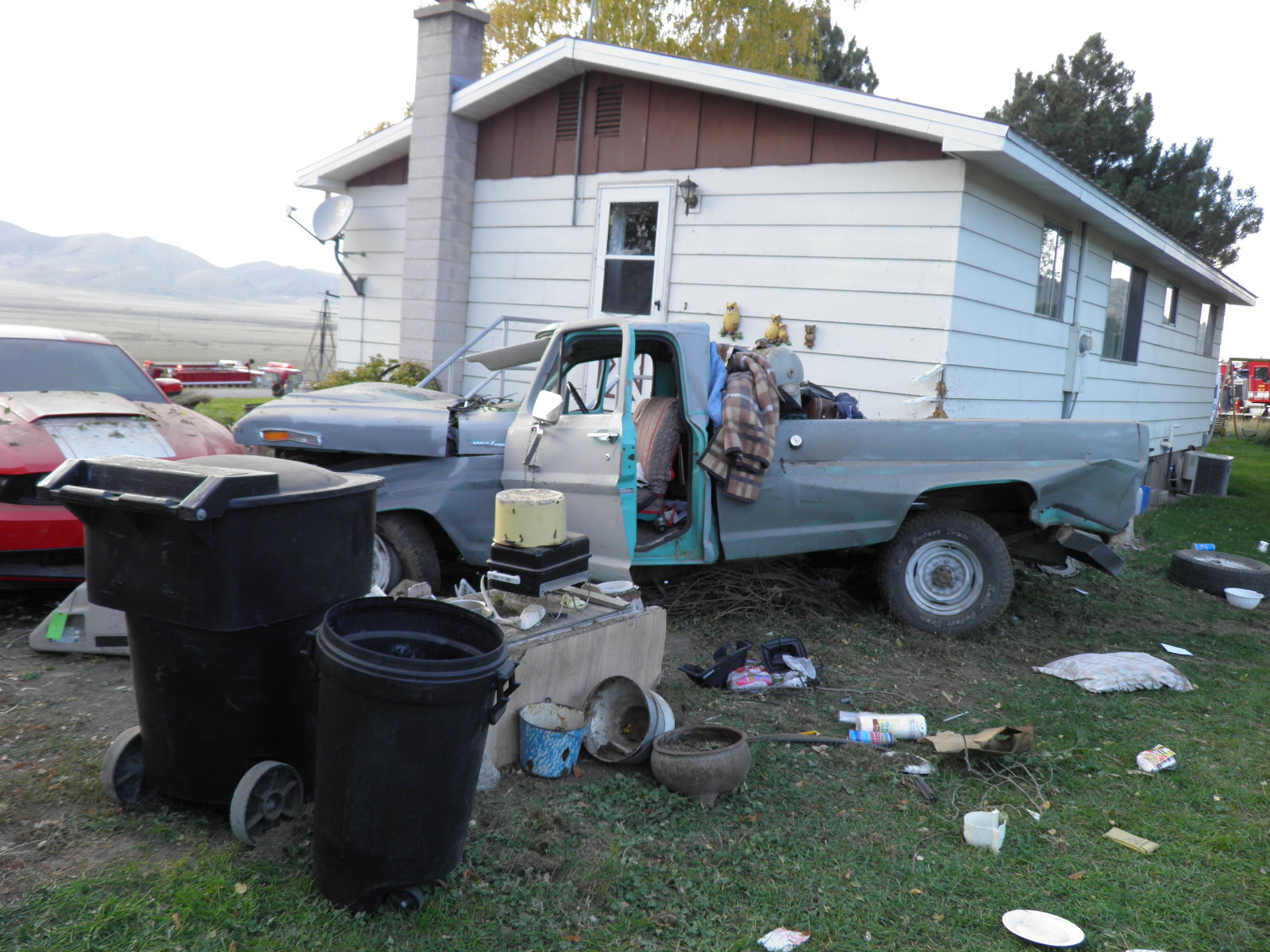 At approximately 5:15 p.m., the victim was traveling south in a Ford pickup truck on Interstate 15 near the city of Portage when he was struck from behind by another vehicle near mile marker 398, according to Utah Highway Patrol officials.

Officials say the driver of a Dodge pickup hit the slower traveling Ford.

The impact caused the Idaho man’s truck  to leave the highway and go down an embankment on the right side of the road. The victim’s truck went through a fence then into a tree, according to UHP.

After hitting the tree, the truck continued forward hitting a propane tank, the corner of a house and came to rest after striking a parked car.

The driver of the Ford died on scene.

Officials say they are currently tracking down relatives to notify them of the death.

The driver of Dodge pickup was not injured.