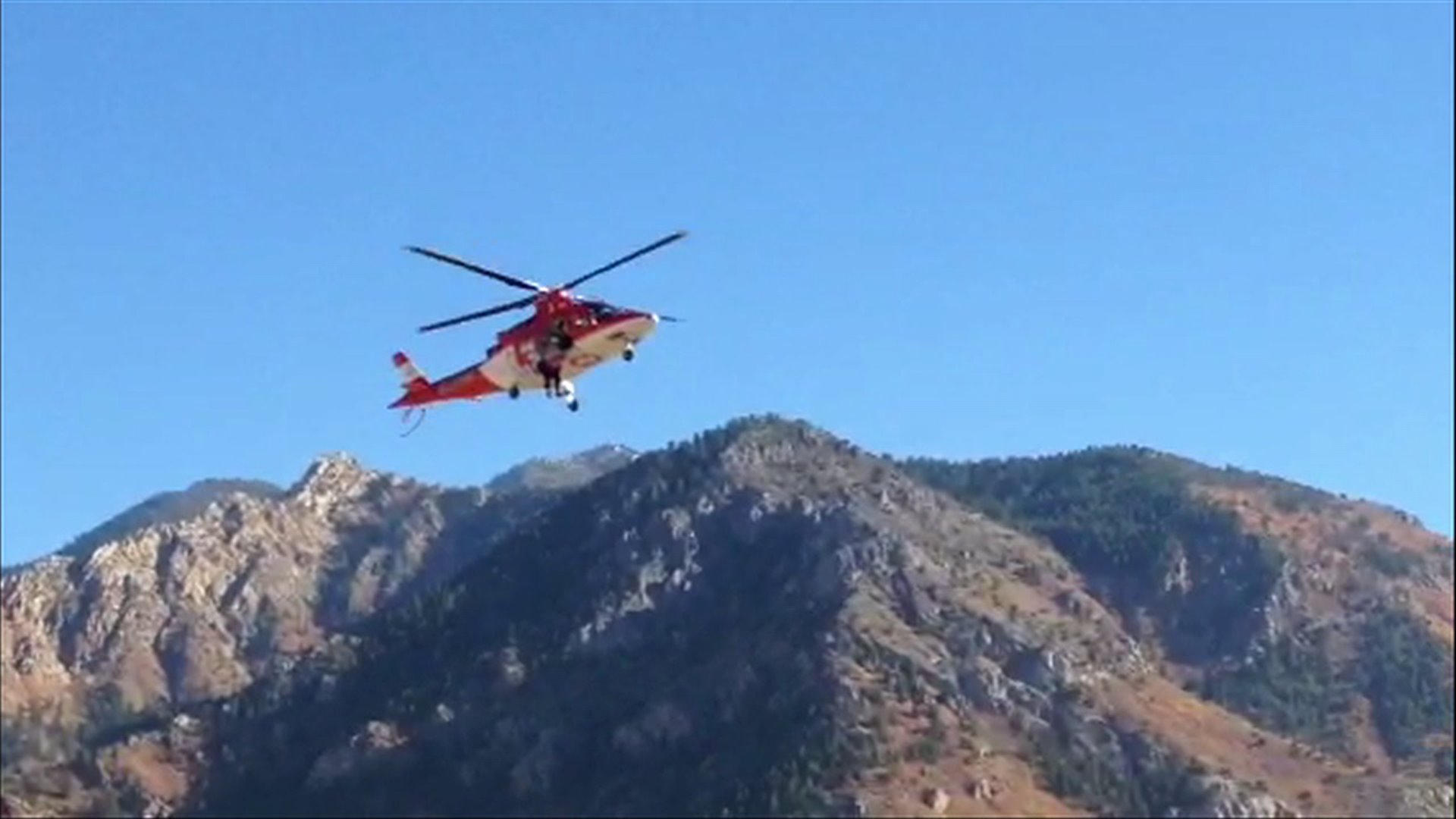 OGDEN, Utah — Two men were taken to hospitals after an accident that occurred as they were rock climbing above a trail head in the 9th Street area of Ogden Sunday.

Authorities said one of the men in the climbing area was ascending and dislodged a large boulder, which caused him to fall about 20 feet. That boulder also hit his friend, who was below him.

Life Flight’s hoist team had to be called in to lift the injured hikers out of the area, and the terrain made the rescue more complex.

After being hoisted out of the area by the helicopter, both hikers were taken to hospitals with injuries. One was taken from the area by Life Flight and the other was transported by paramedics.  A third hiker in the group was uninjured and was able to walk down safely with firefighters.

Hal Van Meeteren said the two were in serious condition when they were transported.