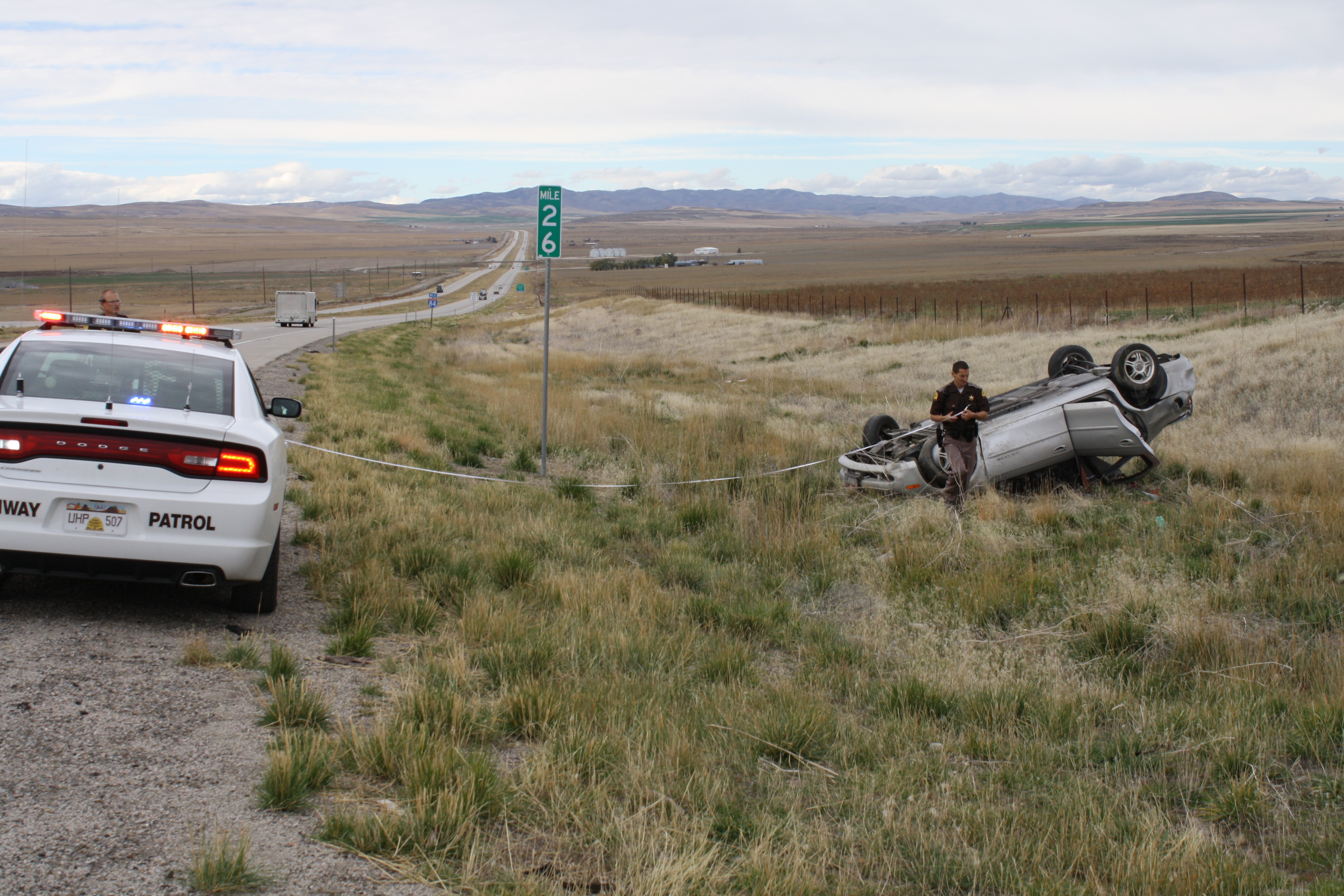 BOX ELDER COUNTY, Utah — Officials have identified a woman who was killed in a single vehicle rollover accident in Box Elder County on Interstate 84 Tuesday afternoon.

At approximately 2:30 p.m., Brittney Zamora, 24, of Pocatello, Idaho, was ejected after her Silver Dodge Neon rolled near mile marker 26 on I-84 in westbound lanes, according to Utah Highway Patrol.

According to UHP officials the victim was not wearing a seat belt and may have been fatigued or was distracted based on a cell phone found in the car.

Investigation of the crash showed that Zamora veered off the roadway to the left then overcorrected causing her to roll. As the vehicle rolled, UHP officials say, Zamora was ejected resulting in the vehicle to land on top of her, killing her instantly.