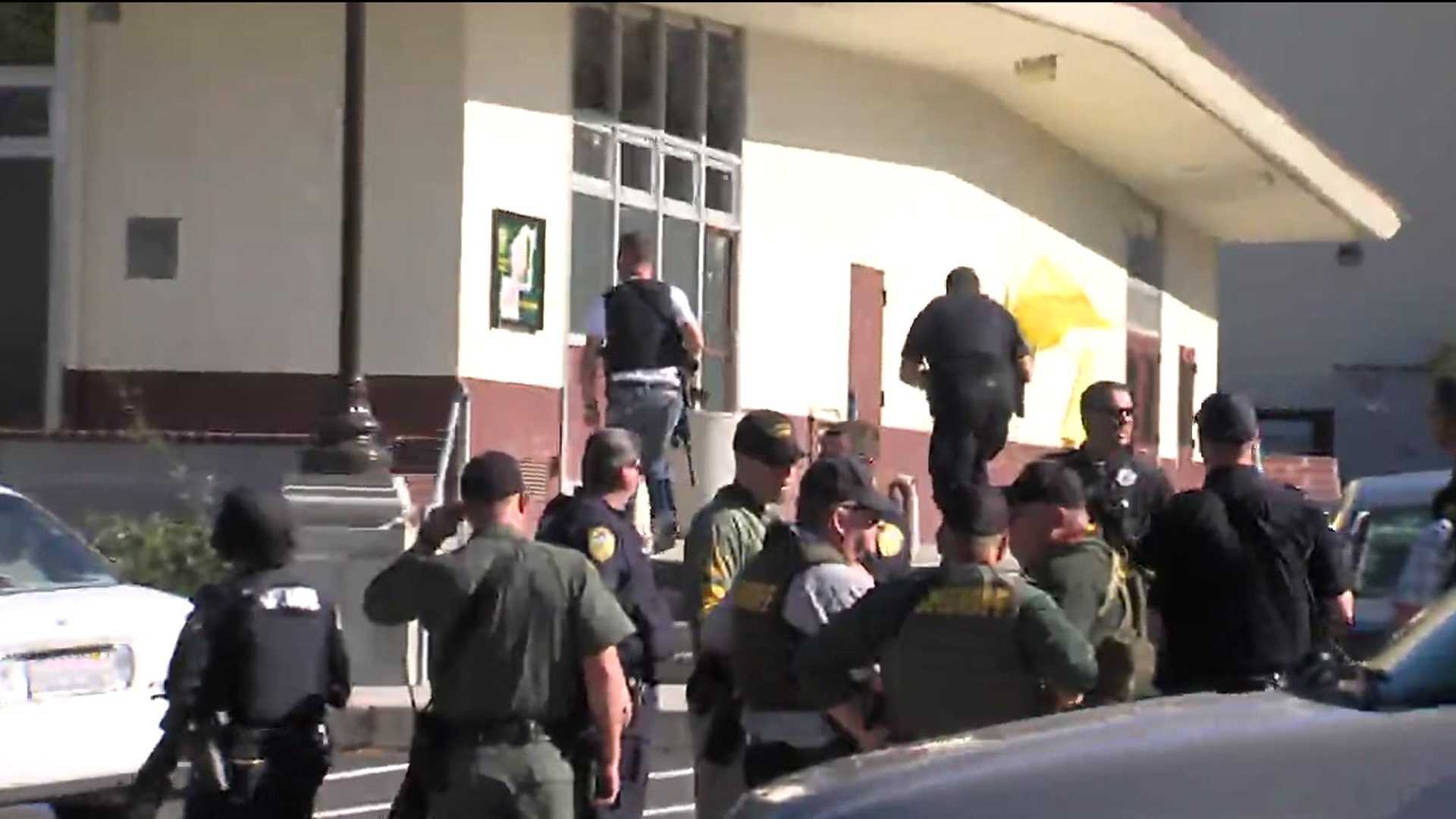 (CNN) — Two California sheriff’s deputies were killed in a shooting rampage in two counties that began Friday morning when one deputy was shot in the forehead while confronting a suspicious vehicle, authorities said.

The suspects fired several rounds, and Oliver wasn’t able to return fire, though his partner did as the suspects fled the scene shortly before 10:30 a.m. (1:30 p.m. ET), Jones said.

Oliver was a 15-year officer with a wife and two daughters, Jones said.

The suspects fled to nearby Placer County, where two deputies were shot, authorities said.

One of them later died, the California Highway Patrol said on Twitter.

Before heading to Placer County, one of the suspects shot a motorist in the head while the pair tried to hijack his car, Jones said.

The motorist’s condition wasn’t immediately known, Jones said. The motorist fought the carjacking, and “by his falling back (into his car), that could explain why the suspect was unable to carjack that vehicle,” the sheriff said.

“This person is willing to make the most grievous acts of homicide to make his escape,” the sheriff said. “It still continues to be dangerous to this moment.”

In Sacramento, Oliver was shot at “relatively close range as they were approaching the vehicle, and he was not able to return fire or anything,” Jones said. Oliver’s partner, who did return fire, doesn’t know whether he hit the suspect, Jones said.

“We don’t know what the motive is,” Jones said of the rampage.

The male suspect was described as Hispanic and in his 30s with a short buzz haircut and wearing a checkered shirt with a blood-stained white T-shirt, according to the patrol and sheriff’s office. He may be in possession of a 9mm semi-automatic handgun and a .223-caliber rifle, the patrol said.

The female suspect was described as Hispanic in her 20s with blond hair, the sheriff’s office said.

Police received a tip that the suspects changed their clothes, Jones said.