Photos: Car stuck on pedestrian bridge at U of U 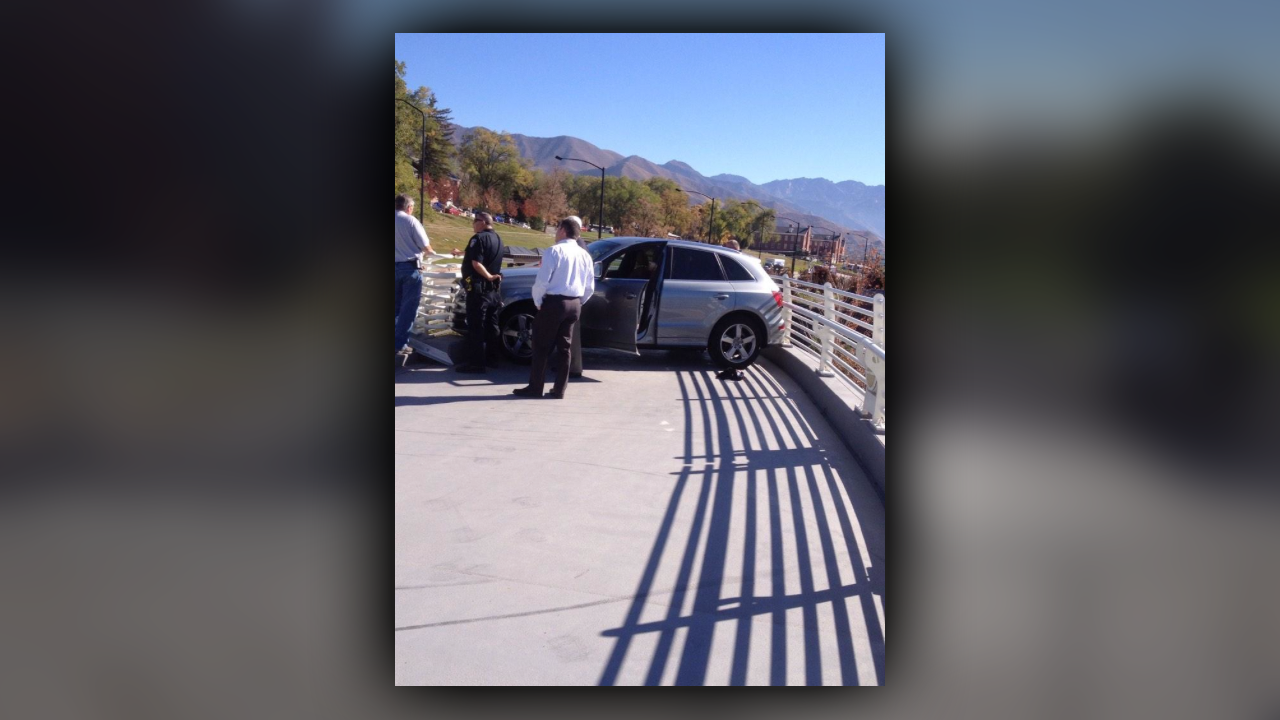 SALT LAKE CITY — A driver took a wrong turn at the University of Utah Wednesday afternoon and the vehicle became stuck on a pedestrian bridge, a spokesman for the university’s police department said.

The incident occurred around 3 p.m. on the George S. Eccles 2002 Legacy Bridge, which spans Mario Capecchi Dr. and connects the university’s main campus with the Health Sciences Center.

Police said the driver, a 76-year-old man, drove an Audi Q5 on a sidewalk north of the bridge, then drove on the bridge and got stuck on a set of stairs leading from the bridge to the sidewalk.

Campus maintenance crews and police were able to remove the vehicle.  Police said the driver appeared disoriented, but didn’t appear to be driving under the influence.