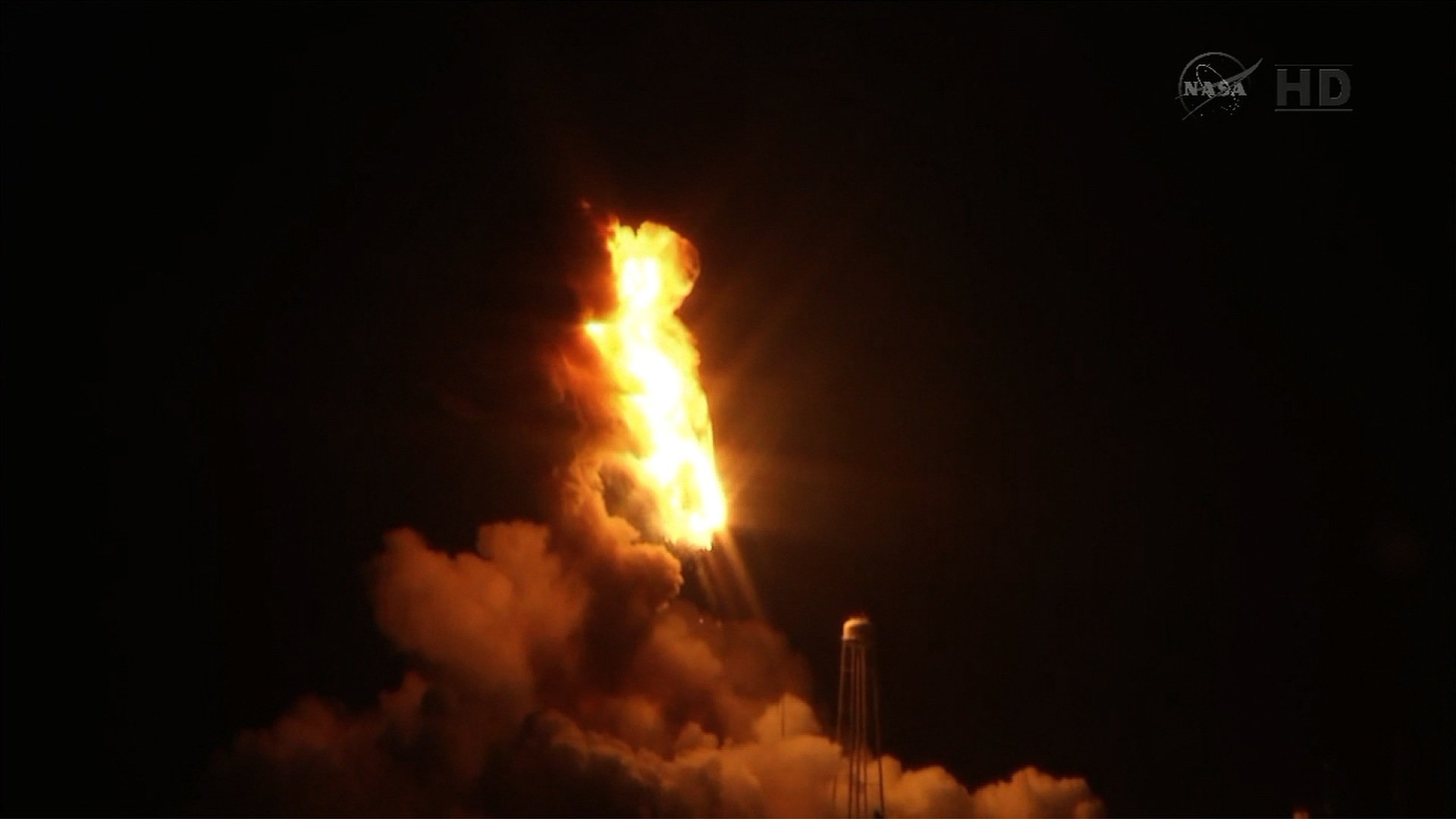 (CNN) — The unmanned Antares rocket that exploded off the coast of Virginia was deliberately destroyed after it became apparent there was a problem, a spokesman for Orbital Sciences Corporation said Thursday.

The company said on its website that evidence suggests the problem started in the rocket’s first stage and that it “fell back to the ground impacting near, but not on, the launch pad.”

The rocket was intentionally detonated before it hit the ground.

“Prior to impacting the ground, the rocket’s Flight Termination System was engaged by the designated official in the Wallops Range Control Center,” Orbital said.

Orbital says there’s a lot of debris at the launch site and it’s likely that substantial “evidence will be available to aid in determining root cause of the Antares launch failure.”

Mark Kelly, a retired NASA astronaut and SpaceX advisory board member, told CNN it was the right call.

“They commanded the destruct system to make sure it didn’t wind up in a populated area when they knew it wasn’t going to make it to orbit,” he said.

The rocket and its Cygnus cargo module were carrying 5,000 pounds of supplies and experiments for the International Space Station. Some of the lost cargo was meant for use by Kelly’s twin brother, Scott Kelly, an astronaut scheduled to go to the space station in 2015.

“About four months’ worth of his clothing and a bunch of his food” were lost, Mark Kelly said.

Some of the cargo has been found, and Orbital says workers are waiting for clearance to go into the area to collect anything still intact. The debris will be cataloged and moved to storage bays on Wallops Island.

Barbara Bowden said she noticed something unusual while she was out walking her dog.

“I actually thought it might have been a piece from the rocket, but not this far. … I think it’s incredible that it floated over this far,” Bowden told WAVY.

NASA warns the debris could be dangerous and urges anyone who finds any to stay away from it and call 757-824-1295.