High winds cause crashes, police urge high-profile vehicles to avoid portion of I-80

TOOELE COUNTY, Utah -- Traffic was blocked on portions of I-80 Saturday after high-winds caused a semi pulling two trailers to partially tip and block the road, and several other trucks with trailers also crashed due to the wind and caused delays and closures on the highway.

According to information from the Utah Highway Patrol, the semi-trailer was traveling eastbound near mile marker 78 around 1 p.m. when the wind picked up and reached speeds greater than 80 mph.

Officials stated that the high winds combined with the high-profile of the unloaded trailers caused them to partially tip and come to rest facing almost directly north-south. The trailers were blocking eastbound travel lanes, but those lanes have since been cleared by crews using heavy equipment.

Officials stated they received reports of multiple other rollovers involving semitrailers or trucks pulling trailers, with accidents reported near mile markers 83 and 87. There were at least six semitrailers that rolled in Tooele County, police said.

There were no serious injuries reported in connection with any of the crashes, and officials said those involved were wearing seat belts.

FOX 13 News' Todd Tanner was live at the scene of one of the accidents, see the video above for his report.

UHP officials stated: "All high-profile vehicles are strongly encouraged to wait in Wendover, UT or Lake Point, UT until the high wind advisory is lifted, which should be about 10 pm tonight, according to the National Weather Service.” 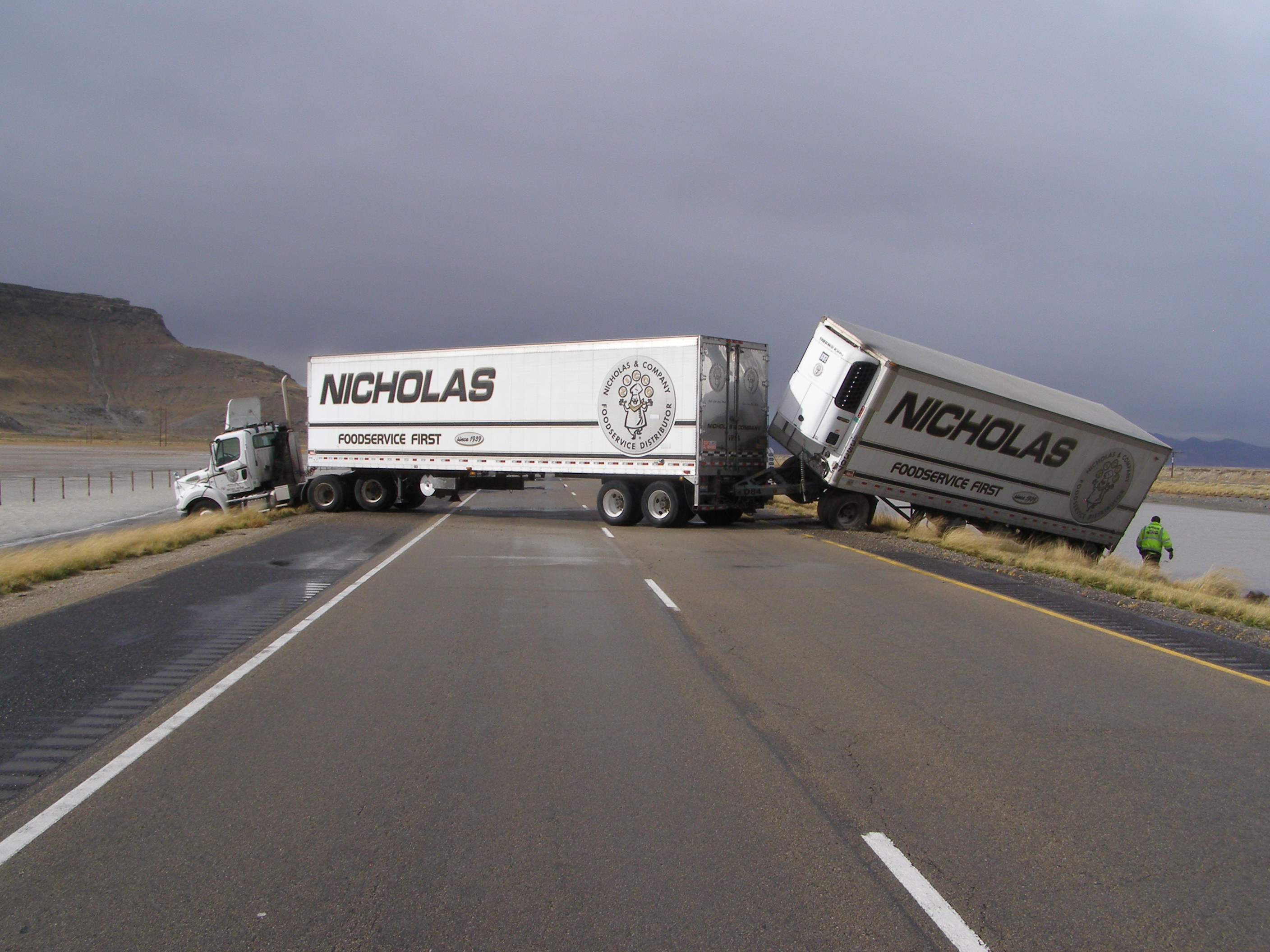