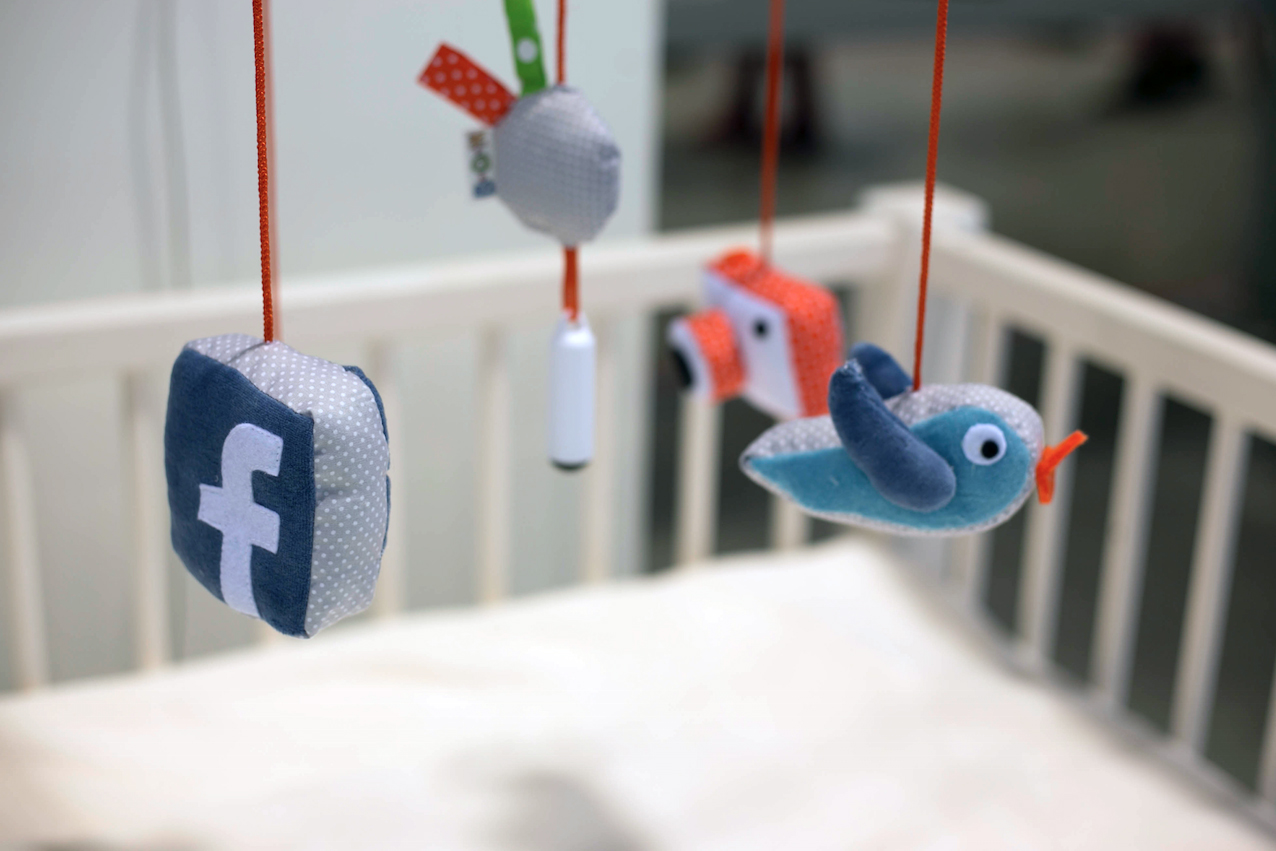 Annoyed by proud parents constantly spamming your Facebook with pictures of their wrinkly newborns?

So was Dutch designer Laura Cornet.

Noticing that pictures of parties and football games in her Facebook feed were increasingly being replaced by pictures of babies, she had the thought: “It’s weird to be involved in the life of someone who doesn’t even know I have already seen everything in their life.”

But her friends who were parents told her they post those photos because they were proud of their cute babies, and that sharing them online with friends was harmless.

She said her research suggested half of newborn babies were “visible” online within the first day after birth.

“But the babies didn’t agree to having their photos put up online,” she said.

That thought led to the creation of “New Born Fame,” a toy that allows babies to take selfies and post them to social media.

She said her aim was to start a debate on who has the right to post pictures of infants online.

The mobile, with soft toys shaped as a Facebook logo and Twitter bird, hangs above the crib.

When the baby reaches out to it, the device takes a quick snapshot or a video and automatically posts it on social media.

Some were angry, saying she was crazy to expose babies to social media.

That pleased her. “It was proving my statement, I was really happy,” she said.

A study by Microsoft Research found that 62% of mothers of kids under the age of three use Facebook.

More than 96% of these “Facebook moms” said they posted photos of their child to social media.

The research shows that many of these moms belong to the first generation of Facebook users, who were in college when the network launched.

As they grew older and started families, Facebook changed with them — for example by adding an “Expecting a Baby” life event to a profile.

But with the increasing number of baby photos grew the number of users annoyed by the trend, which led to the creation of apps such as unbaby.me, which allowed users to remove unwanted baby posts from their feeds.

Cornet said she originally thought the idea of babies taking selfies was “a bit creepy.”

“Some people were scared of it, thinking it’s kind of a Big Brother watching their baby,” she said.

But many others liked the concept, and wanted to buy the toy — even though Cornet’s project was meant as a statement, an artwork, rather than a commercial product.

She is now redesigning the prototype so that it would send images and videos directly to parents’ mobile phones, rather than to social media — a concept she is more comfortable with.

But Cornet herself remains unsure whether she would want her baby, if she chooses to have one in the future, to use the device.

“I don’t know. When you have kids yourself, things change. Suddenly babies become cute — so I can’t guarantee that I wouldn’t do it myself.”

By Ivana Kottasova for CNN