ODGEN, Utah - A teen is in custody after allegedly speeding away from police, smashing into an SUV and then crashing a car into an Ogden home.

According to police,  officers tried to pull over the teen in a VW Passat but he sped off.

Officers said they chased the suspect but only for a few blocks before ending the pursuit.

Then the teen ran a stop sign and side-swiped a Dodge Durango near 23rd St. and Monroe at about 7:30 a.m.

The SUV was flipped on its side and the Passat hit a house before coming to a stop.

Officials said the VW driver ran from the scene and left a passenger passed out in the car.

Ogden Police Lt. Kevin Cottrell said they believe the suspect could have been under the influence at the time.

One person in the Durango and the passenger in the Passat were taken to the hospital with minor injuries.

Police tracked down the teen and discovered he had warrants out for his arrest.

The Cota family, who lives in the home, said accidents are common at that intersection.

However, the family said a car has never crashed into the house. 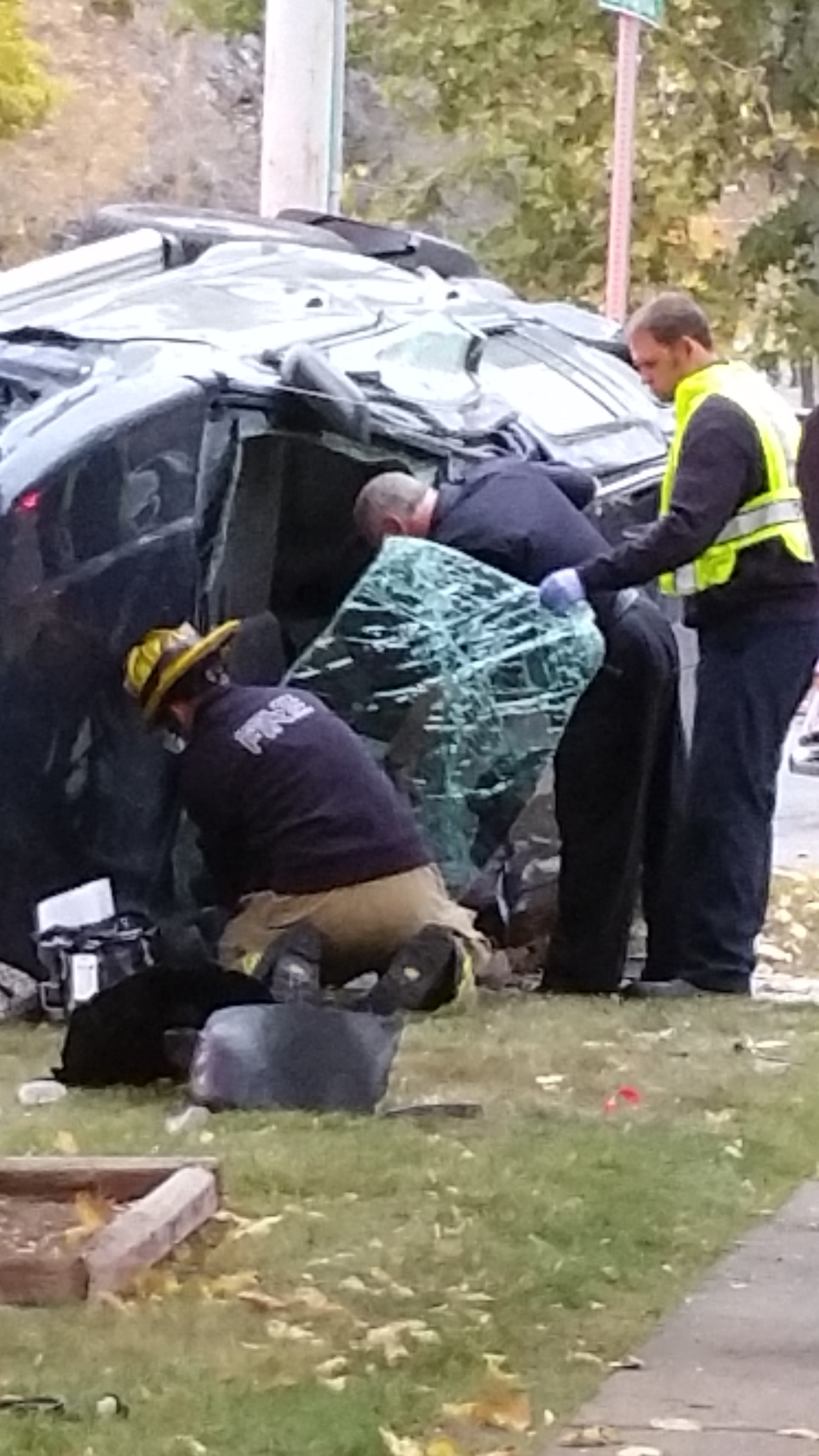 Check back with Fox 13 for the latest on this story.