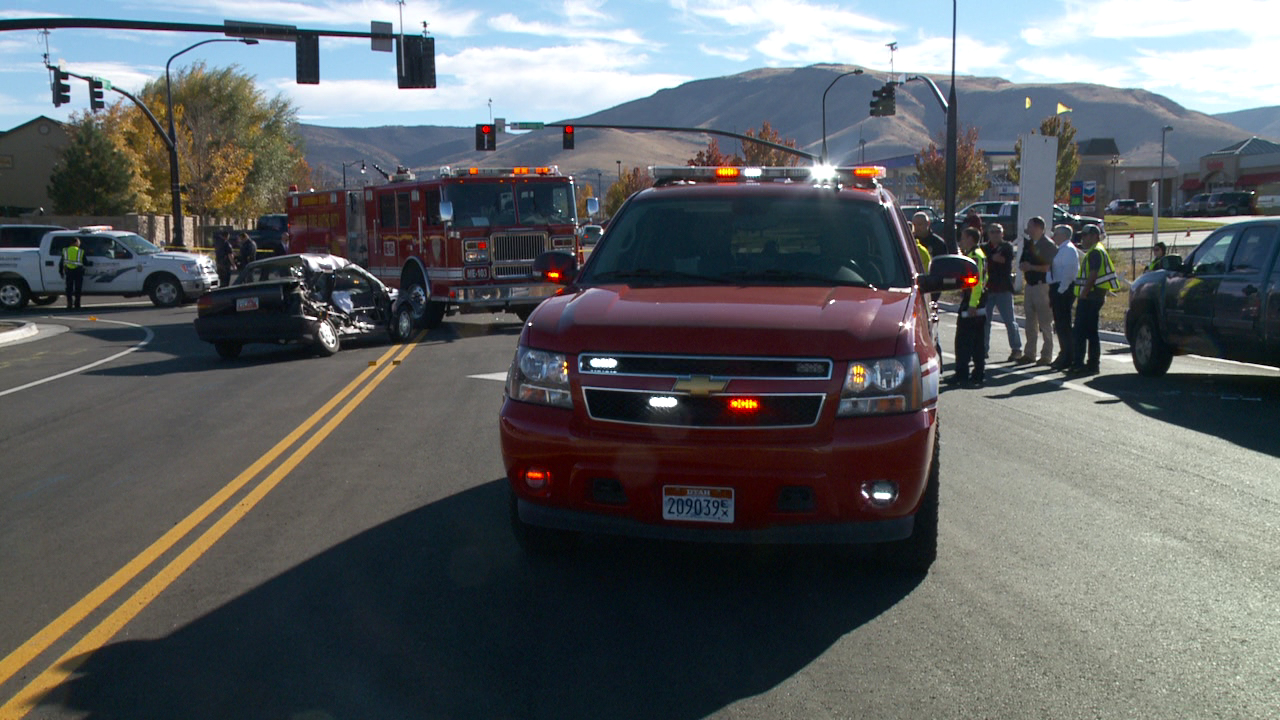 HERRIMAN, Utah – One person is dead and another person is injured after a crash that occurred in Herriman Sunday, and north and southbound lanes of 5600 West were closed for several hours in the area of the crash.

Lt. Justin Hoyal of the Unified Police Department said the crash occurred at about 1:19 p.m. in the area of 5600 West and 13100 South when a passenger vehicle traveling northbound on 5600 West drove against a red light and was T-boned by a westbound SUV.

Hoyal said an 18-year-old passenger in the car that ran the red light was killed in the crash and the 17-year-old driver of that vehicle was taken to a hospital in fair condition.

Police later identified the woman who died as 18-year-old Cambrie Cozzens of Riverton.

Hoyal said they do not believe drugs or alcohol were factors in the crash. He said investigators will be working to determine if speed was a factor.

“I think what’s important to remember here is that we’re always alert and cognizant of the traffic signals that are around, so that we make sure we stop when those lights are red,” Hoyal said.

It was not clear if the occupants of the vehicles were wearing seat belts, Hoyal said.

Officials stated north and southbound lanes of 5600 West were closed just north of 13100 South. The westbound lane to turn left onto 5600 West was also closed. Those lanes have since reopened.