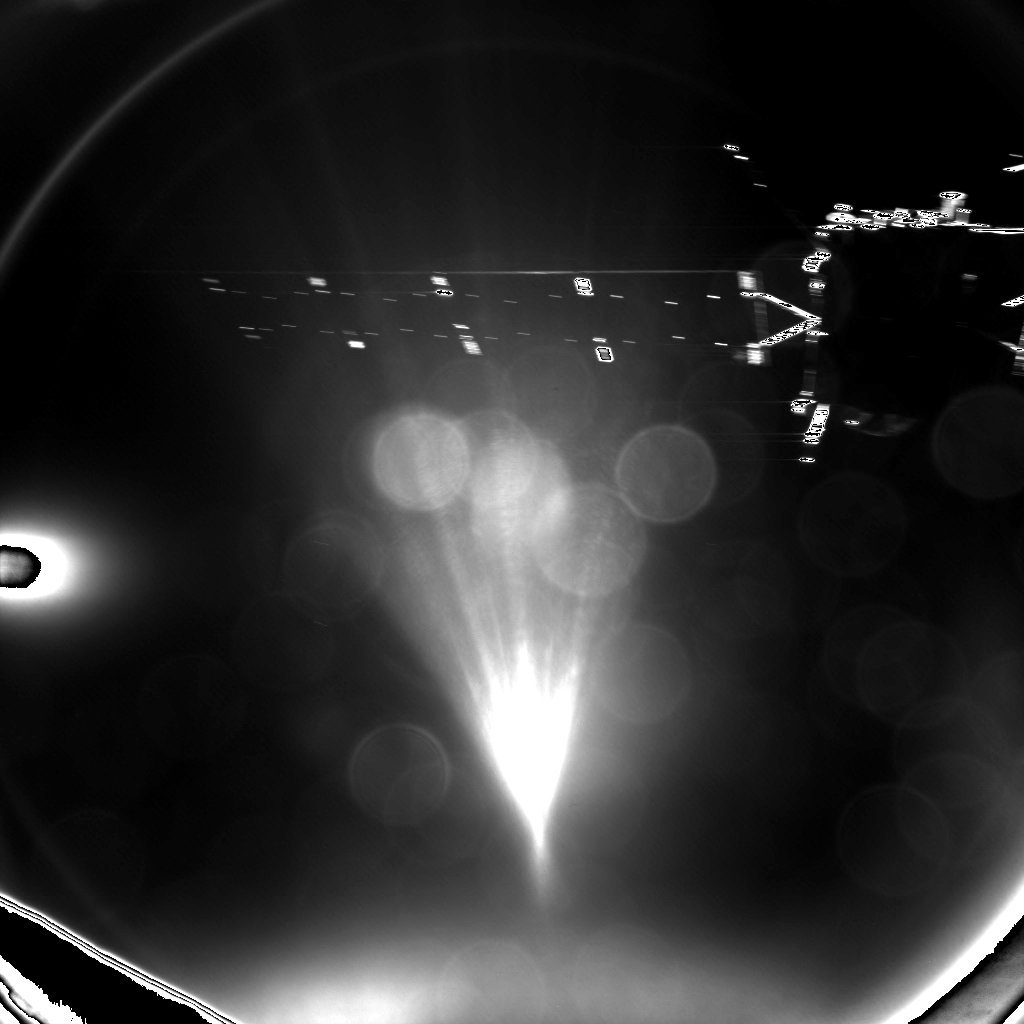 LONDON (CNN) — Touchdown! The Philae probe has landed on the surface of a comet, scientists from the European Space Agency (ESA) announced Wednesday.

It is the first time a soft landing has been achieved on a comet.

However, project scientists believe anchors that hold the probe to the surface failed to work properly and are now trying to find out why, according to ESA tweets.

ESA lander system engineer Laurence O’Rourke told CNN that engineers are still checking the data to see “how we landed and where we landed.”

Shortly after landing was confirmed, the probe tweeted: “Touchdown! My new address: 67P!” Later, it tweeted again: “I’m on the surface but my harpoons did not fire.”

ESA director Jean-Jacques Dordain told colleagues who had waited anxiously for confirmation of the landing. “This is a big step for human civilization. The biggest problem with success is it looks easy.”

Led by ESA with a consortium of partners including NASA, scientists on the Rosetta mission hope to learn more about the composition of comets and how they interact with the solar wind — high energy particles blasted into space by the Sun.

The Philae lander separated from the mother ship Rosetta around 3:30 a.m. ET to begin its 7-hour descent.

Philae, which has spent 10 years fixed to the side of Rosetta during the journey across the solar system, could not be steered. Once it was released, it was on its own.

Before the spacecraft separation, O’Rourke told CNN that the orbiter Rosetta had to be in the right position to allow the craft to “free fall” on the correct trajectory to the chosen landing site.

Scientists are hoping the probe will help us learn a lot more about the composition of comets and how they react when they get close to the Sun.

Weighing in at 220 pounds, it might be the size of a domestic washing machine but Philae is considerably smarter.

It is equipped with an array of experiments to photograph and test the surface of Comet 67P as well as finding out what happens when the roasting effect of the Sun drives off gas and dust.

The comet’s gravity is so weak that engineers have come up with ingenious solutions to keep Philae in place. At touchdown two harpoons were due to fire out from the legs and screws on each of the three feet were designed to help attach it to the comet.

Built by a European consortium, led by the German Aerospace Research Institute (DLR), the landing probe has nine experiments.

If all continues to go well the first picture should be of the landing site taken by Philae during the final moments of descent, followed by a panoramic image from seven cameras on the top edge of the lander, O’Rourke told CNN.

According to details on ESA’s Rosetta website, sensors on the lander will measure the density and thermal properties of the surface, gas analyzers will help to detect and identify any complex organic chemicals that might be present, while other tests will measure the magnetic field and interaction between the comet and solar wind — high-energy particles given off by the Sun.

Philae also carries a drill that can drive 20cms (8 inches) into the comet and deliver material to its on-board ovens for testing.

However, scientists are already pleased with progress of the mission.

ESA project scientists Matt Taylor said: “The orbiter will remain alongside the comet for over a year, watching it grow in activity as it approaches the Sun, getting to within 180 million kilometers (112 million miles) in summer next year, when the comet will be expelling hundreds of kilograms of material every second.

“It’s got an awesome profile — the adventure of the decade-long journey necessary to capture its prey, flying past the Earth, Mars and two asteroids on the way,” he said.

Daniel Brown, an astronomy expert at Nottingham Trent University in the UK, said: “Although we have landed on planets, moons and asteroids, it has never been attempted for a nucleus of a comet — and with good reason. These objects have a very low gravity, are loosely composed of ice, dust and rocks, and are very irregular in shape. They are temperamental in their behavior and notoriously difficult to predict.

“Comets such as 67P have already been exposed to the intense heat of the Sun in their past orbits, resulting in their surface being altered, but going beneath the surface will give us an insight into unchanged material, allowing us to peak into the chemical composition of our early solar system.

“Apart from the amazing scientific results, the sheer challenge and ambition of such a mission is outstanding and illustrates how our space exploration of the solar system has become more advanced and successful. It gives us much to hope for in future missions.”

And science fiction writer Alastair Reynolds added: “This is science fiction made real in terms of the achievement of the mission itself, but Rosetta is also taking us a step closer to answering science fiction’s grandest question of all — are we alone?”