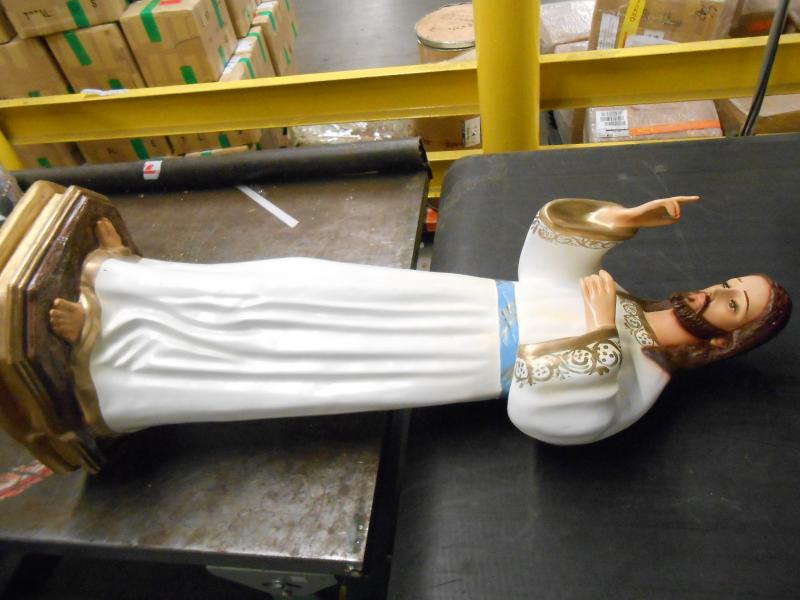 CINCINNATI, Ohio – A statue of Jesus Christ was X-rayed by customs officials in Ohio Friday, and authorities located more than 26 pounds of marijuana valued at about $20,000 inside.

According to a press release from U.S. Customs and Border Protection, officers at a DHL express consignment facility were alerted to the odor of narcotics by “Freddy”, a canine employed by the CBP.

The package, which was manifested as a “religious figure” originated from Mexico and was bound for San Juan, Puerto Rico.

“This unique seizure demonstrates the extraordinary methods individuals will utilize in their attempt to smuggle narcotics,” stated Cincinnati Port Director Richard L. Gillespie in the press release. “This seizure further illustrates the vigilance of CBP officers in interdicting contraband entering the country.”

An X-ray indicated “anomalies” within the plaster figurine, and when officers drilled in they found a green leafy substance that was tested and confirmed to be marijuana. Officers seized a total of more than 26 pounds, which has an estimated street value of $20,000, according to the press release.