Authorities said a University Federal Credit Union manager left the building at 490 E. 500 S. and was approached by a suspect armed with a gun and an improvised explosive device.

Officials said the device had wires coming out of what appeared to be two small propane cylinders wrapped together.

Police said the suspect used the gun and the IED to force the manager back into the bank where other employees were working to close the bank for the night.

The bank employees obeyed the suspect's demands and he got away with an unconfirmed amount of cash.

Police said the public should consider the suspect armed and dangerous and possibly still in possession of the IED. 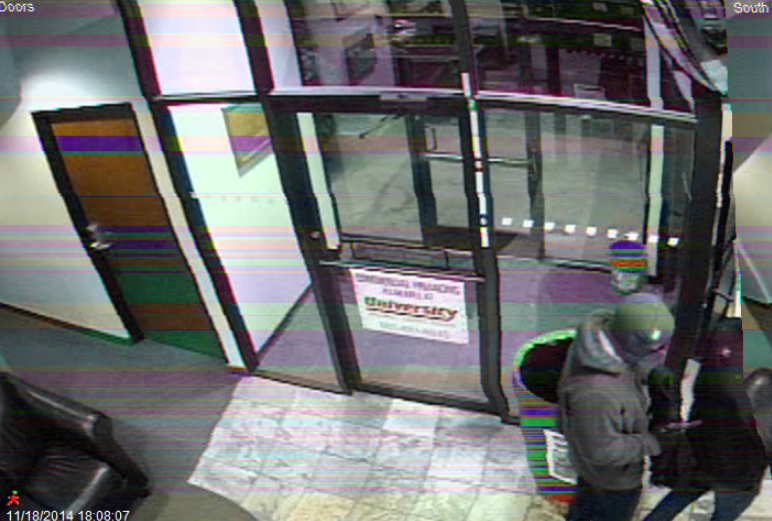