OREM, Utah - Two Utah Highway Patrol troopers cleaning up an accident on I-15 had to jump out of the way to avoid being hit by a car.

Troopers said they were working to clear earlier accidents that left several cars pushed onto the side of the road at the Orem-Center St. Exit just before 7 p.m. Wednesday.

The patrolmen ran into trouble when a Ford Escape hit a pickup truck and then continued on to hit the patrol car, narrowly missing the troopers.

Authorities said four UHP vehicles have been hit in the last 10 days.

Officials said speed and conditions were the main reasons for the accidents. FOX 13 News' Scott McKane spoke with police about the issue, see the video above for his report. 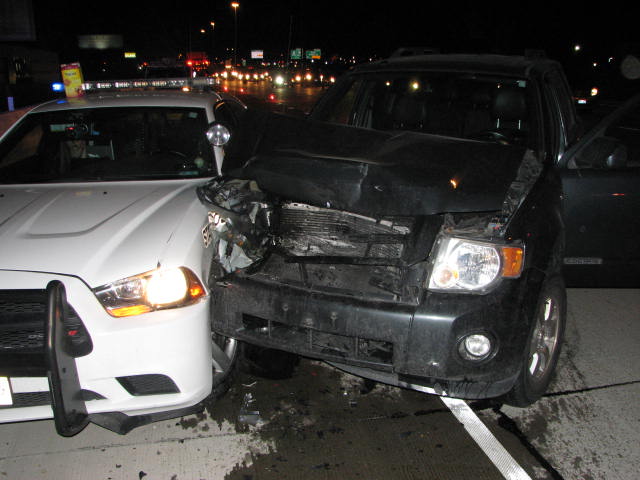