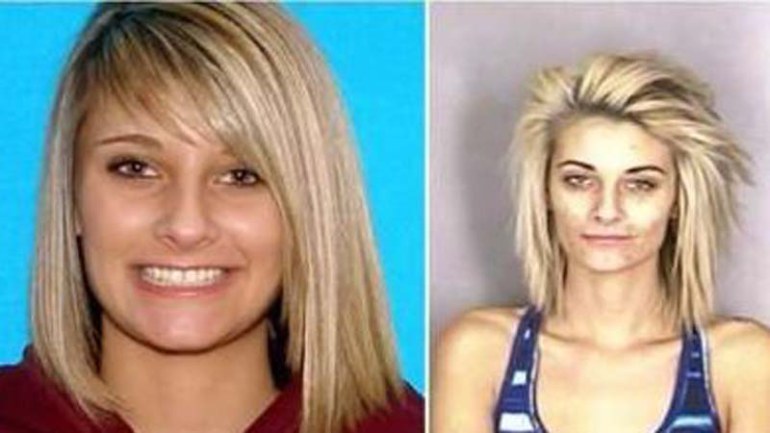 KEIZER, Ore. – A 23-year-old woman who was the 2009 winner of the Miss Teen Oregon-World competition was arrested Wednesday when Keizer police raided two addresses as part of a long-running drug investigation, reported KPTV.

Jaime France was one of three people arrested on methamphetamine charges, but the more serious crimes in the case, which dates back to June of this year, involve Erin and Jarrod Wells.

Each of them face child neglect charges because two young boys, ages 4 and 7, were home at the time a search warrant was served.

Police said they found heroin and methamphetamine strewn about the home and within easy reach of the two boys at the home on Saundra Lee Way.

Erin Wells and the two children were inside the home when police arrived but Jarrod Wells was not.

That led police to track him down at the Rodeway Inn on Astoria Way in Salem, where he was staying with France.

Inside that motel room, police said they found a few grams of heroin, cocaine and methamphetamine, as well as records of drug sales.

Erin Wells is charged with possession of meth and heroin, in addition to child neglect.

The two children have been placed in the care of a relative of the Wells’ by a Department of Human Services case worker.