SOUTH JORDAN, Utah -- Police responding to a call regarding a trespasser were involved in a shooting Saturday afternoon, and a young adult male was killed in the encounter.

Lt. Rob Hansen, South Jordan Police Department, said officers responded to the area of 11370 South Brooke-N-Lance Lane, which officials said is near 500  West, on a trespassing call at around 12:30 p.m.

Master Officer Sam Winkler, South Jordan Police Department, said the person who made the call knew the individual who was trespassing, but he said the nature of the relationship between them is unclear. See the video above for an interview with Winkler.

Responding police were searching for the suspect and encountered a suspicious man in a nearby field. That encounter became a shooting, and the suspect was pronounced dead at the scene after being shot by an officer. Hansen did not provide the man's age but said he is a young adult and not a juvenile.

Winkler provided few details regarding the events leading up the shooting, and it is unclear whether or not the deceased had a weapon.

"We don’t have those details at this time, that’s something investigators are looking at," Winkler said.

Officers with the department recently started using body cameras, Winkler said, but he said they could not confirm whether or not the officer in this encounter was wearing a body camera.

There were no other reports of injuries. Winkler said it is his understanding that the officer involved was not injured. He said that officer is experienced and described him as being a "tenured supervisor." The officer is on paid administrative leave, which is a standard procedure in such cases.

The identity of the deceased and that of the officer have not been released.

As per standard procedure, the Salt Lake County District Attorney's Office is the lead investigative agency on the incident, Winkler said, and South Jordan PD is conducting an internal investigation.

Officials said they were not releasing additional information at this point, as the incident is actively under investigation. Winkler said the winter weather had slowed that investigation process to some degree. 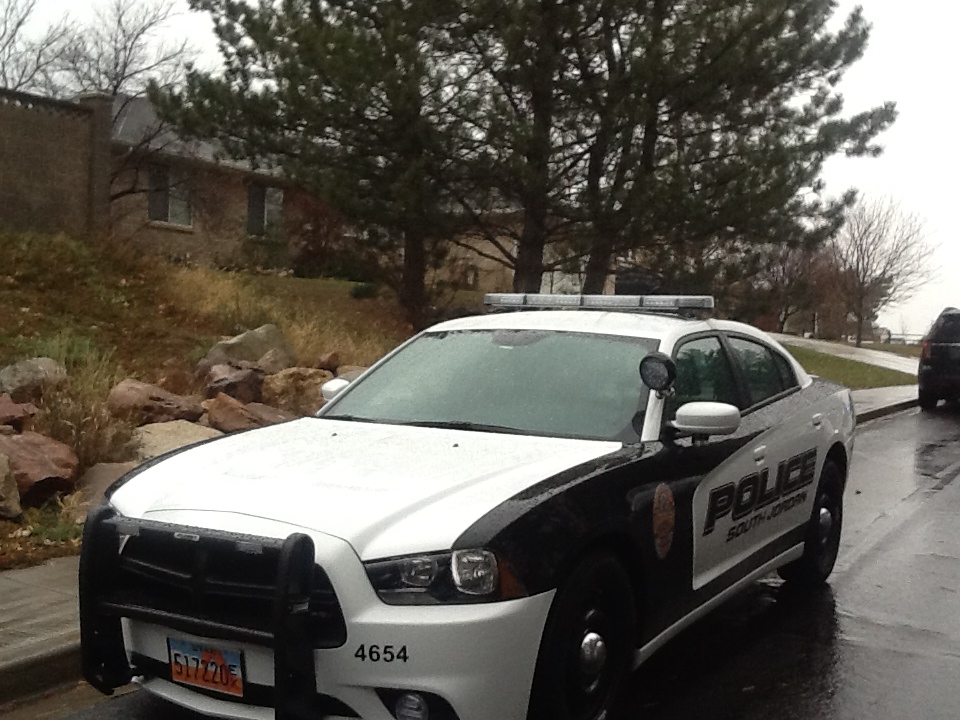