Former marathoner loses 270 pounds, new energy propels him to ‘Teacher of the Year’ 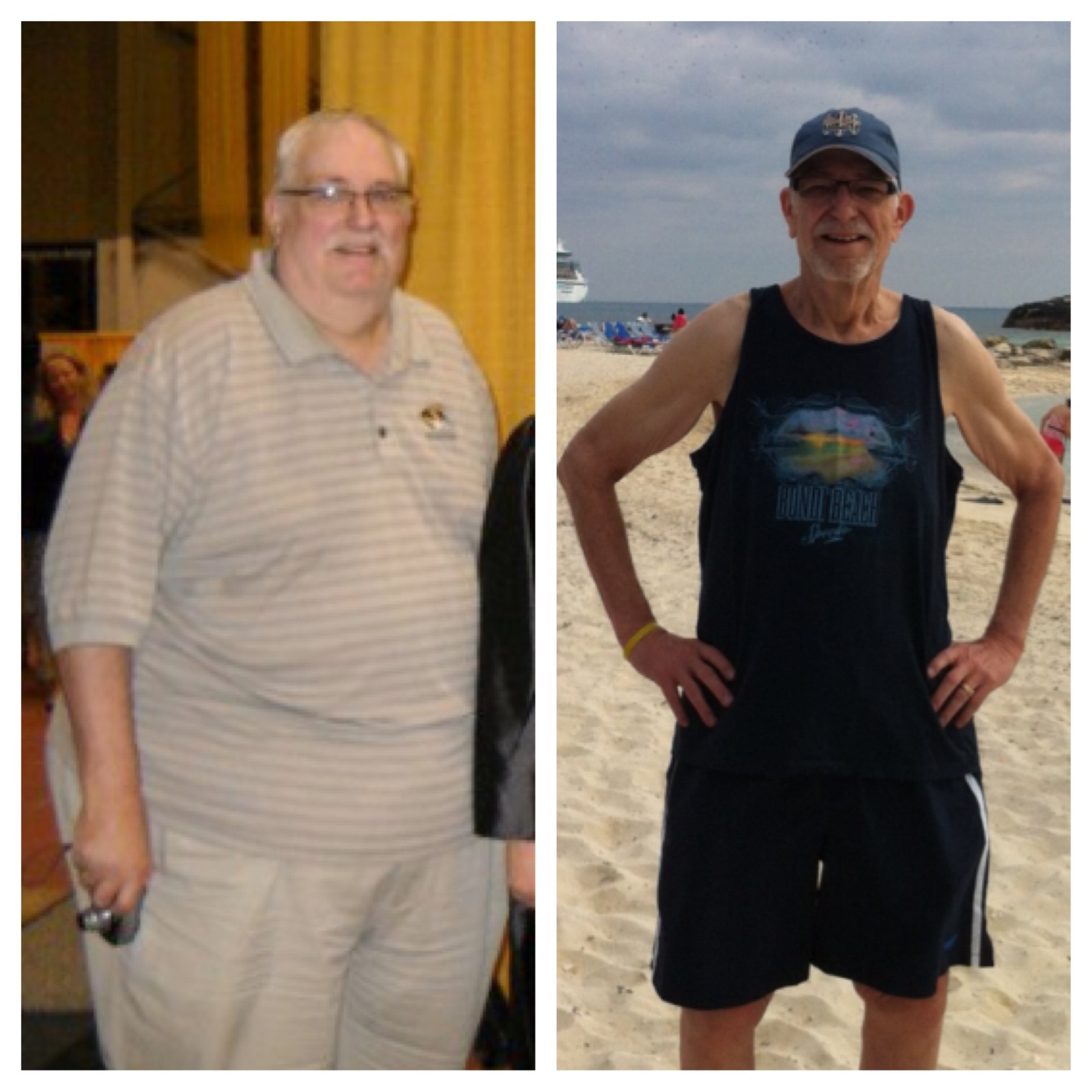 KANSAS CITY, Kansas – “Gosh, I wanna be that guy again,” Jeff Baxter would think when he remembered how it felt to be in shape.

Baxter attents his daughter Olivia’s commissioning in August 2010 — Shortly after Baxter decided to take the steps toward making a change. – CNN

The 66-year-old teacher wasn’t exactly accustomed to the extra pounds he was carrying around. He had been a marathoner before what he calls “bad teacher habits” crept into his life.

As a high school teacher in Kansas City, Kansas, he often skipped breakfast and lunch because of his schedule. Then he would consume between 5,000 and 6,000 calories after 6 p.m. each night.

“I would come home ravenous,” he said. “I could eat a large can of peanuts and whole bag of licorice in one fell swoop.”

Jeff Baxter with his daughter, Olivia and his wife, Connie at Olivia’s graduation in 2010. Baxter weighed around 465 pounds. – CNN

While visiting his daughter and new grandson in North Carolina during the summer of 2010, Baxter experienced a wake-up call.

His family was walking up a small hill on the way to a community pool. Baxter took one look at the incline and knew he couldn’t make it. He watched his family disappear into the distance.

“I didn’t cry, but I had tears in my eyes,” he admits. That’s when he decided, “This is not going to be my life with my grandchildren.”

Baxter knew he needed to make a serious change, but after several previous failed attempts at dieting he needed a lasting solution.

So Baxter and his wife, Connie, began looking into weight-loss options. After a few months and several consultations, they decided on gastric sleeve surgery — a restrictive operation that makes the stomach smaller.

Baxter was hesitant. He feared he would only gain the weight back. But his daughter encouraged him to see the surgery as a tool, rather than an overnight solution.

He had the procedure in January 2011.

For two weeks before and after his surgery, he was on a clear liquid diet, which he says washed bad food cravings out of his system. Then he slowly began adding healthy foods into his diet. He added one new food per day, adhering to a schedule from his dietitian.

Today, he typically eats oatmeal for breakfast, a turkey wrap for lunch and lean meats with vegetables for dinner.

Combining smarter eating habits with regular exercise, Baxter lost 70 pounds in the first six months after his surgery. He walked every other day at first, and now he alternates between walking and running.

“When my children saw me for the first time, their jaws dropped,” Baxter said.

Teacher of the Year

The shock was even greater when he returned to school the following semester.

“My students were wowed,” he said. Many of his students even joined him during his Sunday afternoon walks. “We became each other’s cheerleaders.”

The support he received from his class and family perpetuated his momentum.

Baxter interacts with his students at Leavenworth High School in the fall of 2013. Baxter has lost over 270 pounds. He uses his newfound energy to be more innovative in his classroom. – CNN

“I wake up in the morning and I think to myself, ‘There is no way I am going to fit in those pants,'” he says.

Yet he takes the more pride in the energy he’s gained than in the way he looks.

“It has resurrected my teaching career,” he said.

“He’s always been a great teacher,” his wife, Connie, agrees. “I just think he has more energy to do more with his talent.”

Just three years after he was strongly considering retiring, Baxter’s newfound zest for both life and teaching made him the 2014 Kansas Teacher of the Year.

Now retirement isn’t in his plans at all.