The home is a total loss.

Fire officials said the burn appears to have started in the attached carport. The homeowner says that she woke up to make a bottle, she may have been caught inside.

Neighbors say they saw the home on fire and the woman screaming outside.

"I saw the lady. She just came out yelling, saying it was on fire, she needed to move that brown car there and then police got here and they just took her away because it was almost half way already," said Laura Aragon, who called 911.

Fire at West Crest Mobile Home Park is under control. Still generating quite a bit of smoke. pic.twitter.com/0fLPyEC0Cz

Fire crews said the heat from the flames significantly damaged the mobile home as well. Damage is estimated between $75,000 and $100,000.

West Valley City Fire Chief John Evans says five families from five different units were evacuated as a precaution, but the fire didn't spread to those other units.

Meanwhile, the Red Cross are providing food, clothing, hotel accommodations and other means of support for the family.

Authorities have not said how the fire started. 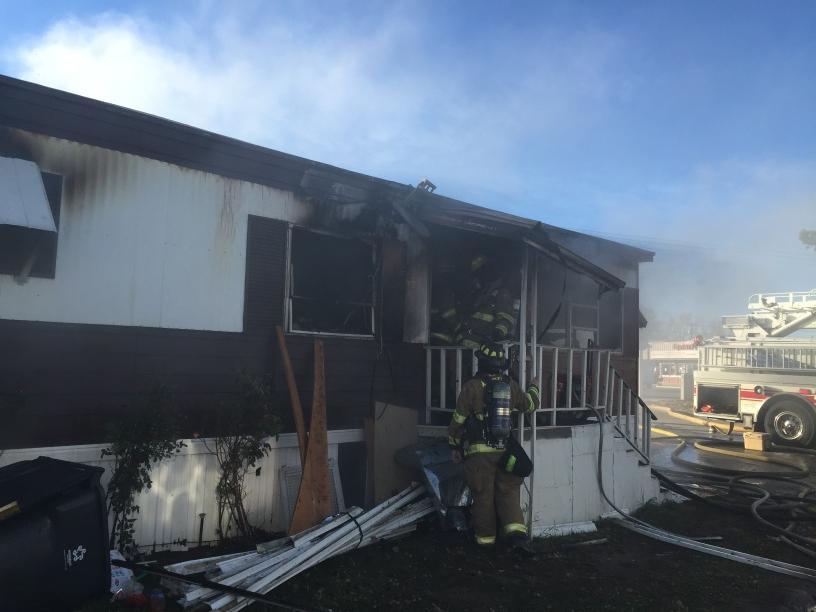