SPANISH FORK, Utah -- A semi-truck carrying thousands of gallons of fuel exploded along I-15 Friday.

It happened just after 2:00 p.m., as the truck turned onto the off-ramp to Spanish Fork.

"It was just kind of like a big boom sound. No shrapnel or anything, just boom and then a big plume of smoke," said Frederick Haywood, who was traveling in another semi-truck behind the accident.

According to Utah Highway Patrol, the driver of the truck lost control as he came around a turn on the ramp and slid off the road, eventually flipping over.

Police believe he was carrying approximately 8,500 gallons of gasoline on board. When the vehicle tipped, much of the fuel poured onto the road and sparked a fire. Before the flames could spread considerably, bystanders who were stopped in their cars ran over to pull the truck's driver out.

"He did have very serious burns over a large percentage of his body," said Sgt. Brett Christensen of Utah Highway Patrol.

Police identified the driver as Leslie Shelton, 28, of Colorado. He was taken by medical helicopter to University of Utah Hospital, where he remained in critical condition Friday night.

According to Christensen, the company Shelton works for is also from Colorado.

"We are still investigating what caused this," Christensen said, "We don't want to speculate."

An environmental cleanup crew was scheduled to clear the remaining fuel from the road.

Throughout most of the evening, traffic was diverted past the ramp, towards the Benjamin exit a few miles away. Authorities were eventually able to open one lane, but continued to monitor the vapor levels of the gas. 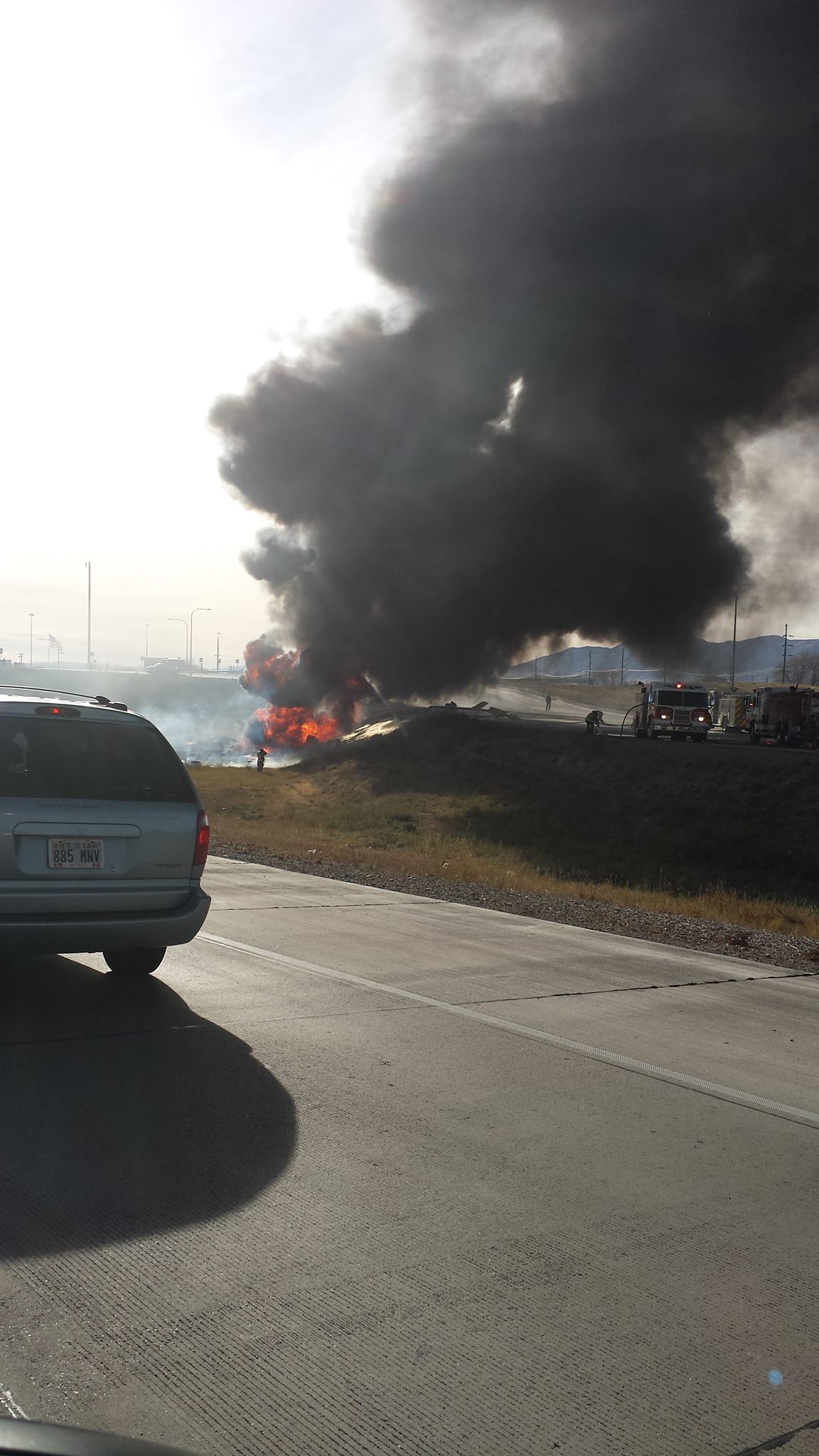 This is all that's left of the tanker. Driver in critical condition at U of Utah burn center pic.twitter.com/1QDN3ggFlx

Hwy 6 off ramp to Spanish Fork closed after tanker exploded. Witness says it "looked like the 4th of July" pic.twitter.com/6qaeRDcmwO