MILLCREEK, Utah - Police have one person in custody and another suspect is on the run after a short police chase Wednesday.

Authorities said the two suspects were allegedly stealing mail and other items in a Millcreek neighborhood.

Unified Police said witnesses said a a white Mini Countryman driving near 17th E.  and Millcreek Circle at about 3 a.m.

Witnesses told officers the car was stopping at residents' mailboxes.

Officers searching the area and found the vehicle on Lambourne Ave. near 2300 East.

Police said they pulled up behind the Mini Countryman as it drove into a driveway.

Then authorities said the driver made a sharp turn across the homeowner's front lawn and sped off.

"The driver took off at a high rate of speed from our officer and tried to make that right turn on to 20th East but lost control of his car, went through a bush that was right there at the front of the property line, over a small ditch, and then into the front yard," Unified Lt. Justin Hoyal said. "Fortunately nobody was hurt in this incident and we do have one of the occupants in custody." 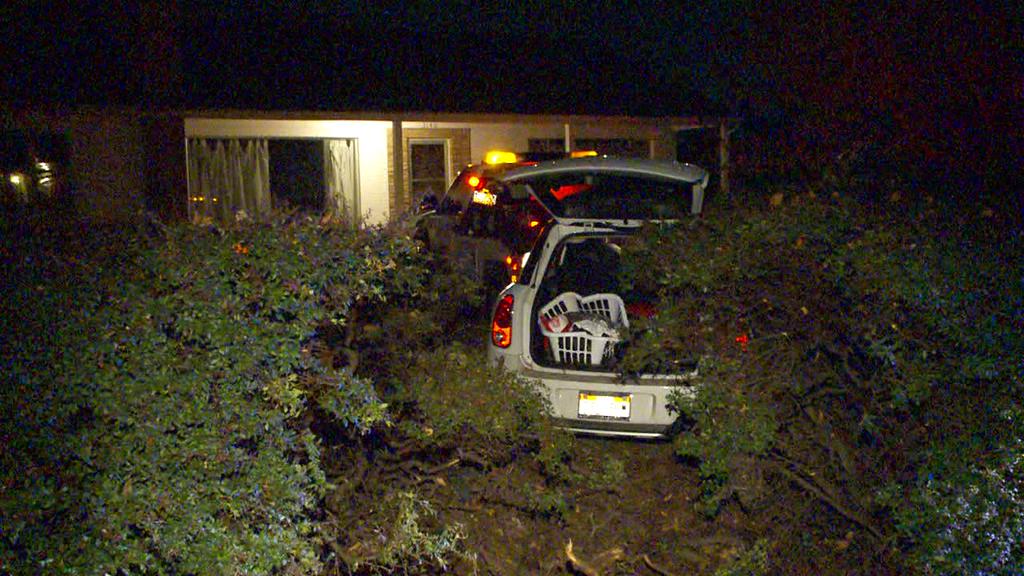 Authorities said two men got out of the car after the crash and ran.

A K9 Unit found one of the suspects.

Police said the Mini Countryman was reported stolen from Cottonwood Heights and had different license plates to disguise it.

The suspect in custody, 35-year-old Patrick Craver, had multiple felony warrants and is now facing new charges for running from police, possessing a stolen car and mail theft.

Officers said they found stolen mail in the car and will be sorting through it with the help of a postal inspector.

Mail theft is a federal offense.