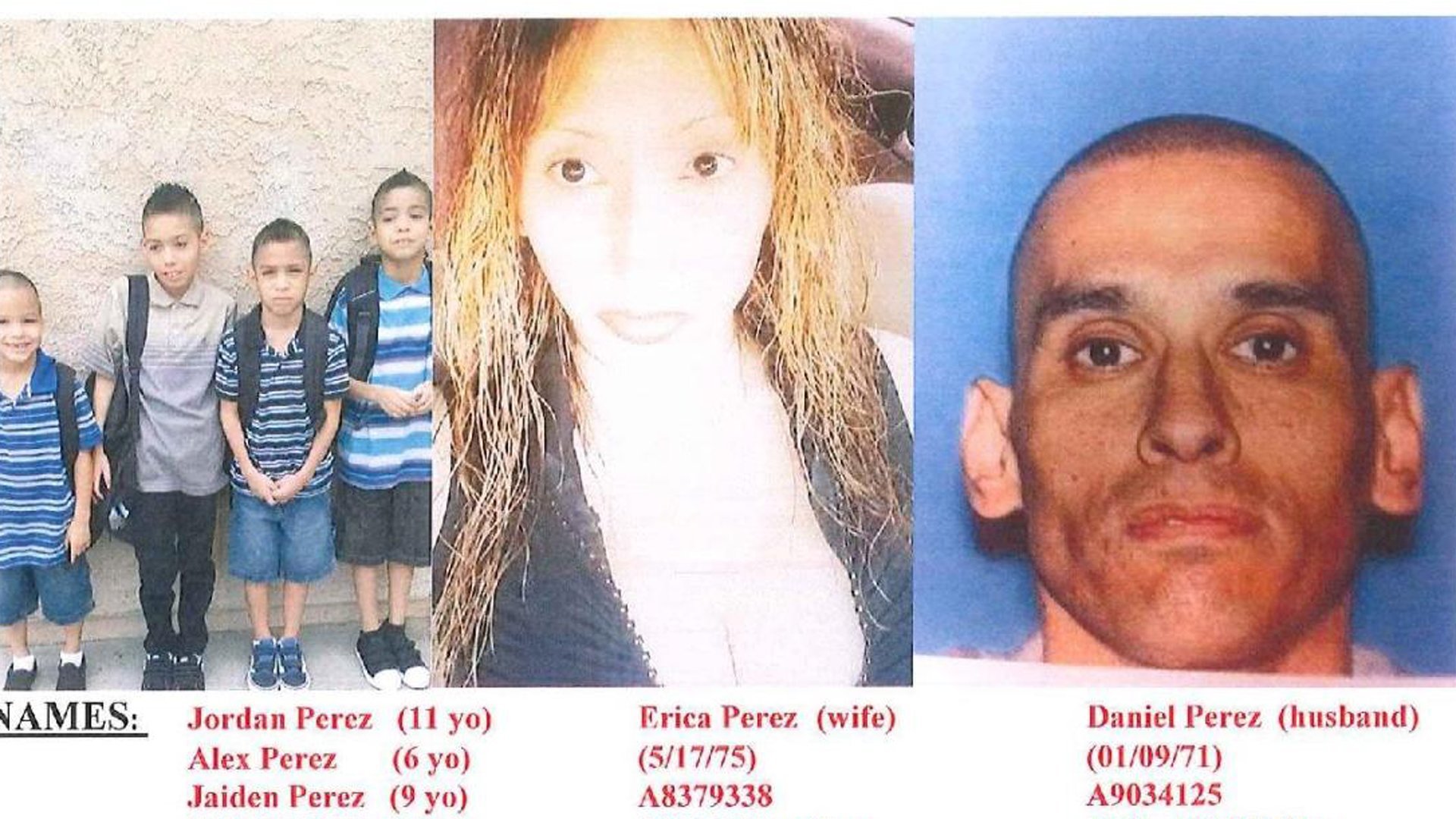 (CNN) — A woman found dead in the trunk of a car in Los Angeles County was a California mom who had been missing for days, as were her husband and children until Thursday.

Investigators found Erica Perez’s body inside a vehicle abandoned at a hospital parking lot near the family’s home in Montebello, California, Montebello Police Department Capt. Luis Lopez said Thursday. Her death is considered a homicide, Lopez said, but police haven’t named any suspects in the case or revealed details about how she died.

SWAT teams arrested her husband, Daniel Diego Perez, after a standoff on a California highway earlier Thursday. Their four children were recovered safely after the standoff.

Daniel Perez is facing charges for allegedly endangering the children as police pursued his vehicle and could also face abduction charges, Lopez said.

“In regards to the homicide, he’s considered a person of interest but has not been charged at this time,” Lopez told reporters.

The children are safe and uninjured, Lopez said. They were on the way back to Montebello, about eight miles east of Los Angeles, Thursday evening.

SWAT teams surrounded his vehicle in Santee, about 30 miles (48 kilometers) north of the U.S.-Mexico border, and Daniel Perez may have been heading to Mexico, where he has ties, Lopez said.

As the standoff unfolded, two of the boys left the vehicle separately and walked to officers waiting a distance away, the footage showed. Later, two SWAT trucks boxed in the stationary car, and Perez then exited the car with the other two children.

As the officers moved in, Perez raised his leg over the barrier as if to jump from the overpass, but he reversed course and was apprehended by SWAT officers, the footage showed. Police also took custody of the two other boys.

“We were all just so relieved, so happy that no one got hurt,” said Sgt. Rich Alvernaz, an El Cajon watch commander. “Obviously, it could have gotten very ugly, especially with those children in car. But the four children were unharmed, no officers were hurt, and the suspect wasn’t hurt. We’re just so glad it ended the way it did.”

On Thursday, the California Highway Patrol issued an Amber Alert for the four children.

Family members told police that the Perezes’ marriage was rocky and marred by domestic violence. The couple has a fifth son, who is staying with his grandmother.

Erica’s sister, Pam Valdez, took journalists’ questions at a news conference late Wednesday but quickly broke down into sobs and pleaded directly with the children’s father.

“Please, Danny, bring the kids back. Just drop them off at a fire station somewhere,” she begged. “Don’t hurt them please. They’re innocent.”