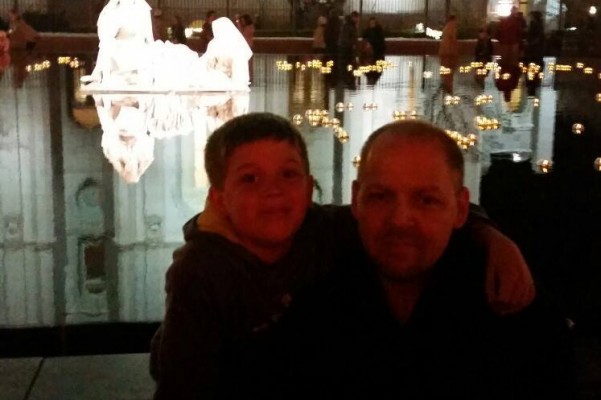 WEST JORDAN, Utah — Police have identified a father and son killed in an auto-pedestrian accident in West Jordan Saturday night.

Todd Johnson, 44, was traveling west in a motorized wheelchair with his 11-year-old son along a dark stretch of road when a car hit them from behind, according to West Jordan police.

We extend our condolences to the family of Todd Johnson and his 11 year old son who died in last night's auto-pedestrian accident.

The crash occurred in the area of 6300 West and 7800 South. The area has no sidewalks or streetlights.

Both of the deceased lived in the area, and Monson said it wasn’t clear where the pair were going when they were hit. Both were killed on impact, and the driver of the vehicle that struck the wheelchair was transported to a hospital as a precaution.

“Upon arriving on the scene we found two deceased individuals that had been hit by a crossover type vehicle,” Monson said.

There have not been any citations issued in connection with the crash, and officials said it appears the driver could not see the victims.

“It is a dark section of road out here, it’s just a two lane road, and there isn’t a shoulder or a sidewalk in this area,” Monson said.

Family members provided several photos of Todd and Levi, see the gallery above for those images.