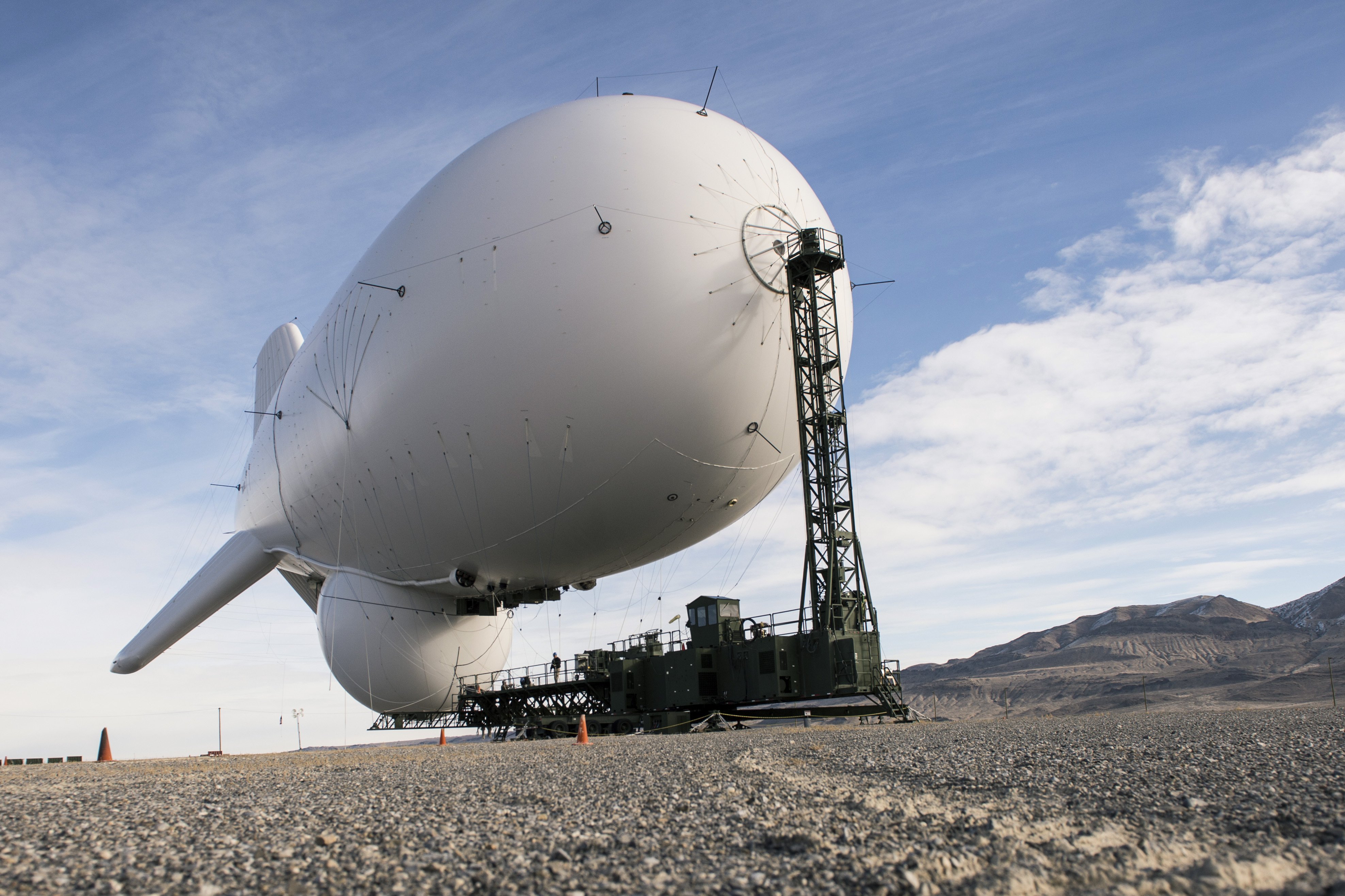 (CNN) — The U.S. Army plans to launch two stationary “blimps” at 10,000-feet in the air next week to better protect the Washington D.C. area from cruise missiles and other possible air attacks.

It’s part of a three-year test by the North American Aerospace Defense Command of the so-called JLENS System, which is designed to work with already existing air defense technology.

The tethered large balloons, called aerostats, carry technology that will almost double the reach of current ground radar detection, officials said. The JLENS manufacturer, Raytheon Corp., says the system can provide radar coverage to an area the size of Texas.

It will “increase decision time available to respond efficiently and accurately for the defense of the National Capitol Region,” NORAD said.

The JLENS system — which stands for Joint Land Attack Cruise Missile Defense Elevated Netted Sensor — has no firing capability. Any response to missile attacks would still come from ground missiles, ships and airplanes, according to NORAD.

The balloons will fly above the Army’s Aberdeen Proving Ground in Maryland and do not carry any cameras.

The 242-foot-long aerostats will be tethered to the ground by 1⅛-thick “super-strong” cables, according to Raytheon. The tethering system is designed to withstand 100 mph winds and had no problems in 106 mph winds during testing, the company said.

The helium-filled aerostats can stay aloft for up to 30 days at a time, making it five to seven times cheaper to operate than using aircraft for the task, Raytheon says.

NORAD says the JLENS system will be crewed by 130 personnel at the Maryland base.

The agency is working with the FAA so the balloons won’t impede air traffic, Kucharek said.

Weather permitting, a launch is planned for Monday, just in time to aid NORAD in its most important December task.

“We fully intend to take the information gathered by the system and use it to track Santa,” Kucharek said.